FROM THE HOOD TO THE HOLLER Film Review September 25, 2022 Eclectic Arts

FROM THE HOOD TO THE HOLLER

FROM THE HOOD TO THE HOLLER is in select theaters now and on Digital September 30th! 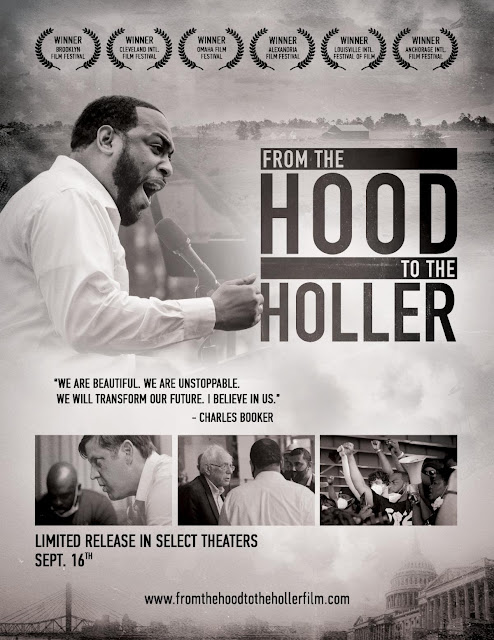 From The Hood To The Holler

The new film, “From The Hood To The Holler” follows the political campaign of Charles Booker in Kentucky. A democrat in a primarily red state, the film shows the highs and lows of mounting a campaign against the odds.


The further we ebb along into the years post 2020, that period of time feels even more odd than it did at the time while living in it. Voter suppression, political hysteria, and of course COVID-19 were just a few of the topics of that insane year.


While watching “From The Hood To The Holler”, the issues presented were extremely pertinent before 2020 and now. But at the same time the issues almost felt like a moment in time from long ago.


Where we go from here remains to be seen. There is a great deal of hopelessness of ever turning this mess around but films like, “From The Hood To The Holler” give a glimpse into a movement of people that refuse to let that future hope fade away.