A Musical About Marriage 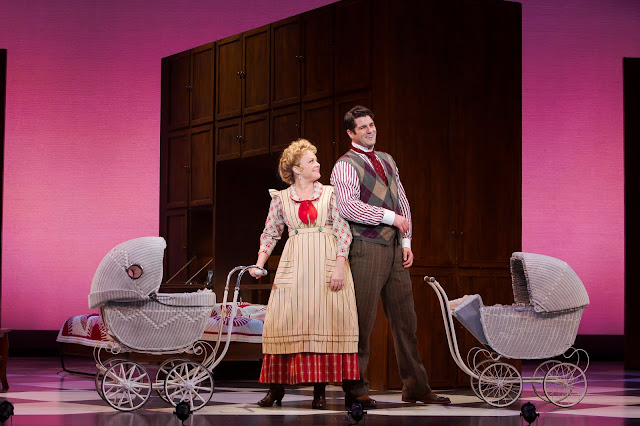 Kendra Kassebaum (Agnes) and Peter Saide (Michael).
I Do! I Do! Production photo.
© 2019 Tracy Martin
Property of Village Theatre.

Eclectic Arts has been forging ahead into the arts world for nearly a year now. The music, film, and television coverage has been a part of Eclectic Arts far longer but it has been a joy to discover the wonderful arts community that exists here in the greater Seattle area. From the Pacific Northwest Ballet to the Seattle Opera, the arts are indeed alive and well in the Northwest.

On Saturday evening I had the pleasure of attending my first Village Theatre performance. Being a Snohomish County resident, I chose to go to the Everett Performing Arts Center for the musical, "I Do! I Do!". Based on "The Fourposter" by Jan De Hartog, the classic musical was directed/choreographed by Michael Arnold with music direction/orchestrations by Bruce Monroe.

Upon entering the performing arts center, I easily picked up my tickets, and was greeted at the entrance to the venue. Once we found our seats inside, we anxiously awaited the performance. The venue it should be noted was a great space for theatre. From what I could see there wasn't a bad seat in the house. 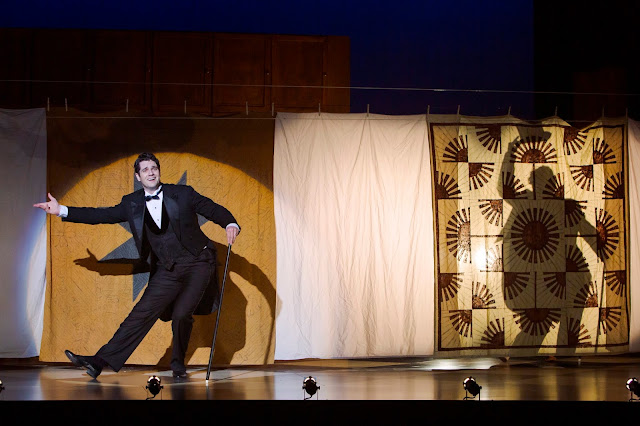 Peter Saide (Michael) and Kendra Kassebaum (Agnes).
I Do! I Do! Production photo.
© 2019 Tracy Martin
Property of Village Theatre.


Once the show started, I was swept away to a time gone by. "I Do! I Do!" represents a married couple Agnes and Michael over a fifty-year time span starting in 1898. The ups and downs of married and family life take the audience on a trip through their relatable lives.

Kendra Kassebaum (Agnes) and Peter Saide (Michael) could not have been cast better as the two leads. I felt like I was watching an old black and white classic film at times during the production and that's due to the overwhelming talent on the stage (and behind it of course). Both actors were just, dare I say, flawless in their roles during the entire performance. But, what was most important to me - they had chemistry. For a show that only has two characters in it, if the actors don't display some sort of chemistry, all would be lost. But, that was not the case at all with Kendra and Peter. They were absolutely magnificent as Agnes and Michael. I can't say enough good things about their performances.

The timeline of the show definitely showed how society has changed over the years compared to present day. Some of the dialogue and situations made the crowd gasp as what was considered normal back then is nowhere near normal now. But, this just added to the time in a bottle aspect of the show. 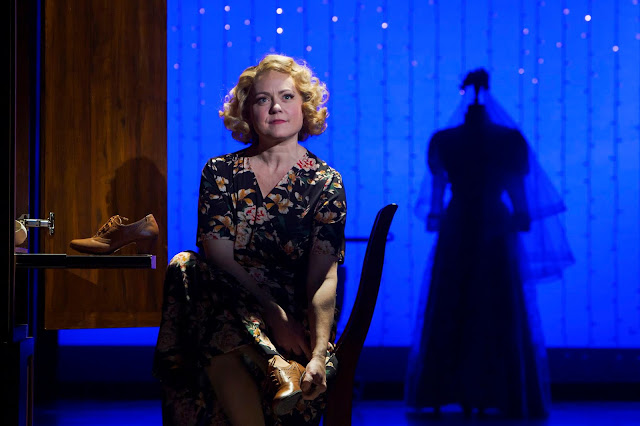 Kendra Kassebaum (Agnes).
I Do! I Do! Production photo.
© 2019 Tracy Martin
Property of Village Theatre.


The sets, with the wardrobe changes, the pull down bed, and the desk, among other things, were smart and seamless. Everything flowed incredibly well during the course of the show.

By the end of the show, after the well-deserved bows were taken, I felt like I had just been initiated into the Village Theatre experience. If all the productions are of this caliber, I now know what I've been missing all these years.

I have a lot of time to make up for lost years of performances but starting with, "I Do! I Do!", I'm off to a wonderful start!

Special Thanks: Ann for the credentials - thank you so much for the opportunity! I'm looking forward to the next event! 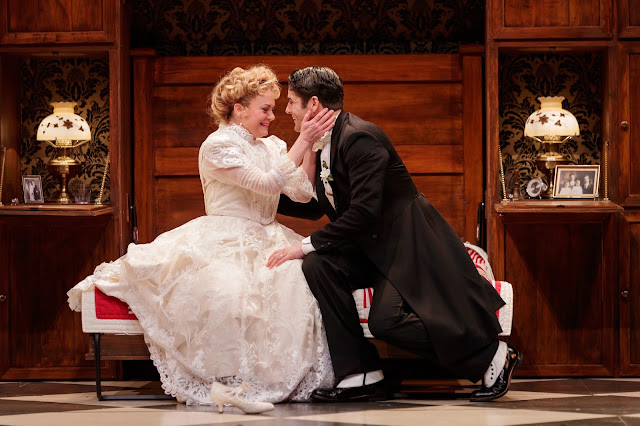 Kendra Kassebaum (Agnes) and Peter Saide (Michael).
I Do! I Do! Production photo.
© 2019 Mark Kitaoka
Property of Village Theatre.

Posted by Eclectic Arts at 2:20 PM