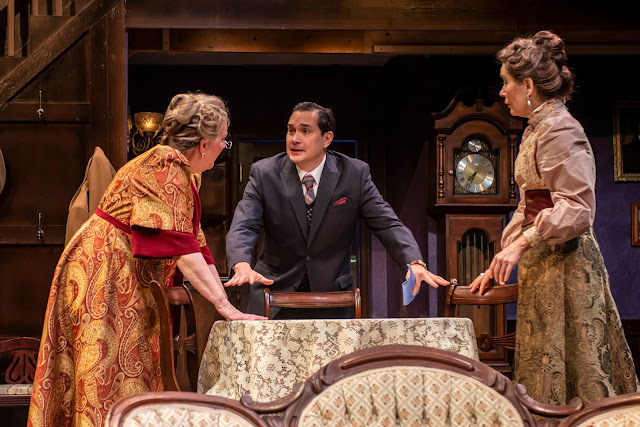 
The 2019 Jewell Mainstage Season at the Taproot Theatre opened up with a perennial favorite, "Arsenic & Old Lace" by Joseph Kesselring. Directed by Marianne Savell the show is a whimsical take on the family unit (a recurring theme throughout this season's shows), with plenty of comedy to add to the zaniness.


Every family has at least one member (maybe several) that march to the beat of their own drum. With the family of Brewsters - sisters Abby (Kim Morris) and Martha (Pam Nolte) live together in their old home in Brooklyn, NY. Teddy lives there as well (Stephen Grenley) who believes he is the president of the United States Theodore Roosevelt. 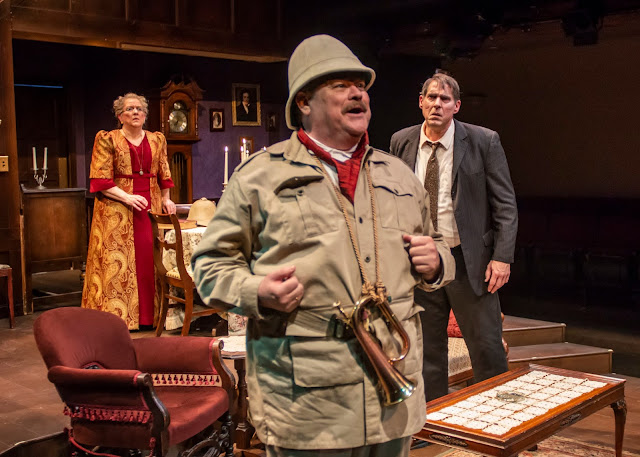 
Mortimer Brewster (Richard Nguyen Sloniker) and is fiancée' Elaine Harper (Elizabeth Keck) enter the picture and things begin to unravel within the family. Others would call them skeletons in the closet - or by the window sill - in this case.


The other Brewster, Jonathan, who has been living elsewhere in the world (with a dubious past), is basically ostracized from his family. Without giving too much of the plot away, other than Mortimer, the other Brewster's all have criminal pasts and presents. 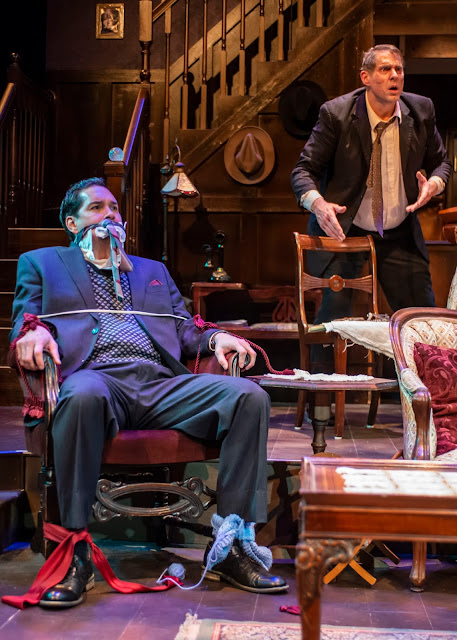 
"Arsenic & Old Lace" really layers on the comedy to a boiling point that is down right hysterical. I found myself laughing as a few of the characters reminded me of members of my own family (in a legal way of course).


Kim Morris and Pam Nolte show their veteran acting skills as both were perfectly cast in their respective roles. Richard Nguyen Sloniker was the centerpiece of the ensemble. His comedic timing and delivery could not have been better. 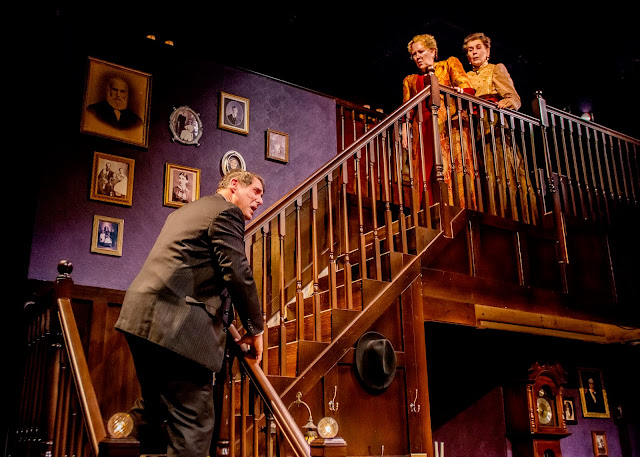 
David Drummond as Jonathan also shined as a veteran of the stage. His presence and facial expressions only added to his portrayal of the no good Jonathan Brewster.


The entire cast, some of whom I recognized from other Taproot Theatre productions, were stellar as expected. 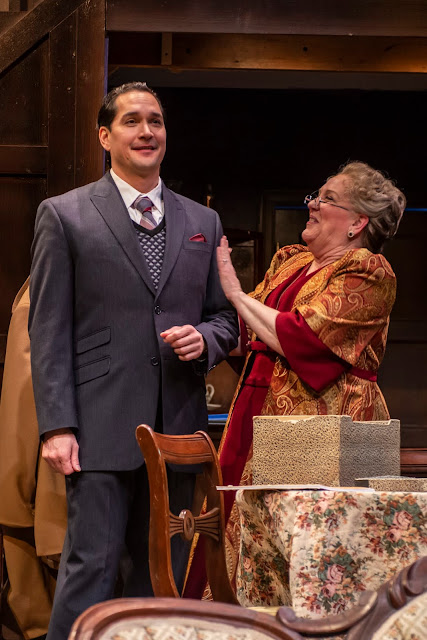 I must mention the stage design with its impressive staircase and multi-levels really stood out. I noticed it right away and was most impressed.


Taproot Theatre is off to a grand start for the 2019 season with "Arsenic & Old Lace". Elderberry wine anyone?

Posted by Eclectic Arts at 1:37 PM