It's not every day you hear that phrase chanted by hundreds of people but that's exactly what happened on Friday the 29th, the first day of the two-day event - The Great Pumpkin Beer Festival.

Held this year at the Fisher Pavilion at the Seattle Center, this was the thirteenth edition of the festival, having its roots back at the Elysian breweries back in the day.

Eclectic Arts has never been a political entity and I'm not about to start here.  I'm going to review the festival for what I experienced on Friday.  I'm not going to get into the local craft beer VS big beer argument that has permeated Elysian ever since their buy out a few years back.

I will ask the readers to ask themselves - what do you want when you go to a beer festival?

As Eclectic Arts has been covering a ton of concerts this year, sometimes I want nothing but craft beer when I'm at a show - and some times only local craft beer at that.  Other times, I've been known to drink a mass produced product like Rainier or PBR at a show.  It all depends on my mood (and honestly sometimes my wallet).

Having said that, let's get on with the review, shall we?

I was very fortunate to be able to take part in the media/VIP hour that was closed to the public.  For one hour before the doors opened, I was allowed to wander the entire grounds as well as try the first ten booths of beer (each had on average 4 beers per booth).  Upon picking up my credentials, I was immediately greeted by a worker that asked if I would like to speak to any of the brewers or had any questions.  The customer service was on point.  I was actually approached twice during the media hour about this.  I knew that I wanted to get as many photos as possible before the weather turned (thankfully it never did - it had rained earlier in the day but the sun was out in time for the festival) so I was good to wander on my own but I appreciated the assistance and welcome.

If you've never been to the festival, the theme is obviously pumpkin or gourd based beers.  There were also ciders this year and apparently fresh hop beers (something I completely missed somehow) too.  Elysian covers two beers per station on average with the other beers coming from local and national breweries.  With a total of 32 booths scattered outside, inside, and on the rooftop, there is plenty of beer to go around which really kept the lines almost non-existent the entire time I was at the festival.

As I wandered around and took in the sights, I grabbed my first beer from Schlafly out of Missouri.  I've been drinking their pumpkin ale since 2009 (don't ask me how since it isn't distributed here) and was super stoked at a previous GPBF (Great Pumpkin Beer Festival from here on out) when Elysian managed to get a keg.  I must of used four tickets at that booth alone that year - hah!

Inside there were more beer stations, an oddities area where they were giving away free Elysian swag, an exclusive media/VIP area (complete with white couches, snacks, and more beer with full pours), and a great set up for Fred Hutch (the cancer research facility that was the recipient of the proceeds from the event).

The rooftop of the Pavilion had more beer stations, a performance area, and tables.

There was clearly a lot of money spent on the entire set up but that's one of the changes with the buyout.  The money is there to make these kinds of big time changes to the festival.  Whether you liked them or not depends on the customer.  I found everything professional and festive myself.

I had several beers during my time at the festival - Elysian and non.  The Gourdfather 2015 vintage was past its prime.  A pumpkin based barleywine, a style that can be aged; I was looking forward to trying it.  The 2016 ended up being a better choice.

Elliot Bays Kill Bill #9 is a mix of barrel aged beer and pumpkin ale, experimental basically.  Unfortunately, it tasted like it, too as the flavors did not blend well in that beer.

Post Doc's Kitty MacPumpkin was a winner with a great mix of scotch ale flavor and pumpkin additions.

The Gourdastic Voyage (gotta love these names) from Georgetown was a pleasant sour beer from the folks that bring us Manny's.

Breckenridge out of Colorado surprised me with a lovely Nitro version of their Pumpkin Spice Latte.  Nitro beers are their own controversy but I enjoyed this beer very much, nitro haters be damned.

Elysian's Dark O the Moon and Great Pumpkin are perennial favorites that are still solid beers for me.

This list is only a sample of what either I had on my own or tastes I had from the folks in my party that also attended.

Music was being blared out of the speakers via the DJ station.  The processional at 4pm or so made the event officially open.  All hail the Great Pumpkin!

If you haven't been to this event, the highlight is the tapping of the Great Pumpkin - a huge gourd (one per session) that is filled with beer a few days prior.  The whole "tap that gourd" statement references the minutes leading up to the Great Pumpkin unleashing its sudsy goodness on the attendees.  The tapping was advertised to take place at 7:30pm but it was a little later than that when it actually happened.

In years past, the crowd would get in real tight around the Great Pumpkin as everyone wants a sample of the beer before it runs out.  The last time I attended the festival there was more than enough to go around.

This year was no exception.  People got on or near the stand, and I'm not talking about the Elysian employees.  Attendees wanted a close up view of the gourd being tapped.  I ended up having to get on the stand as well just so I could get a photo or two (see below).  The plus of this is that I got beer almost immediately.  The minus is that I didn't get as many photos as I wanted as beer was spilling out of the plastic pitchers everywhere (I had to protect my gear).

After I got my sample, I turned around to see a mob of glasses in my face as I tried to excuse myself out of the sea of people.  Beer folks for the most part have always been good people and this was no exception - folks moved to let me out so I was on the floor in no time enjoying my sample.  This was the highlight of the event for me - the Great Pumpkin delivered a fine beer this year!

I can tell you that the very first pumpkin beer I ever had was from, of course, Elysian.  It was at the old Cask Festival in one of the NW Rooms - the split-level room.  This was around 2000 or 2001 (yeah, I've been into the craft scene for a minute).  I had two samples of it at the time as I had no idea at the time there was such a thing.  For me, I'll always remember that experience and remember that Elysian sent me on this path of appreciating the gourdastic brewing style.

Overall, I had a great time at the festival.  I really can't think of one thing to nit pick about.  I went into the event wanting to just enjoy myself.  I wasn't on the hunt for rare beers or to "tick" beers off a list.  I got what I wanted out of the festival and am thankful for the opportunity to cover it.

Special Thanks:  Sean and his crew.  Thank you for always going about your business in the right way.  I sincerely appreciate how effortless you make these events for me.  Cheers! 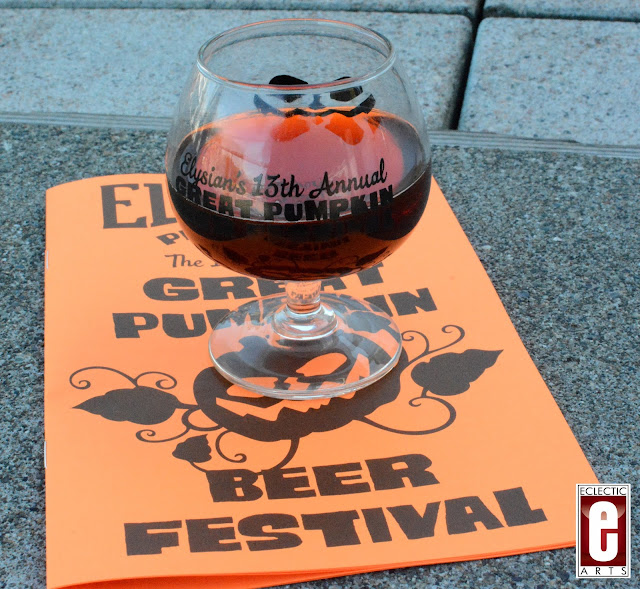 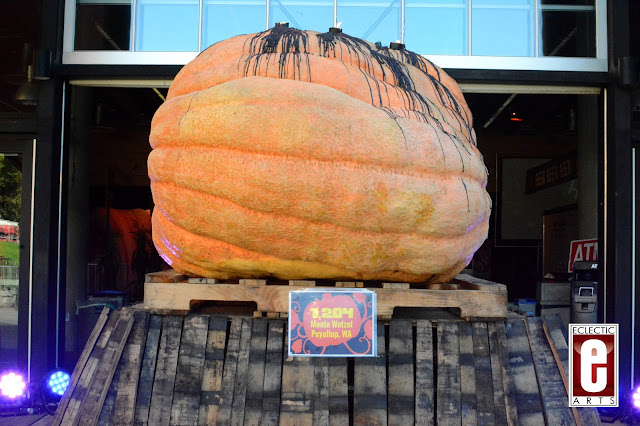 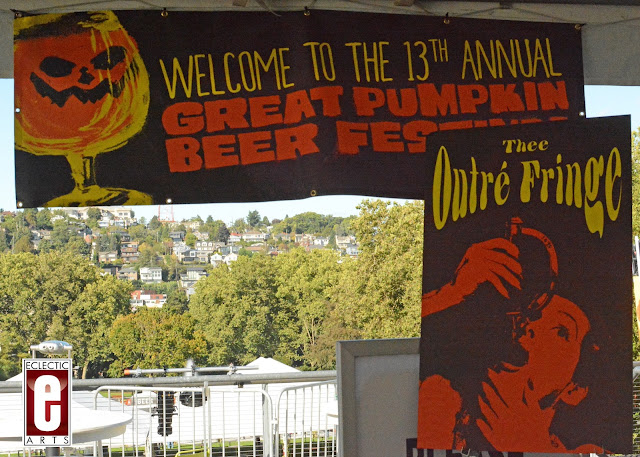 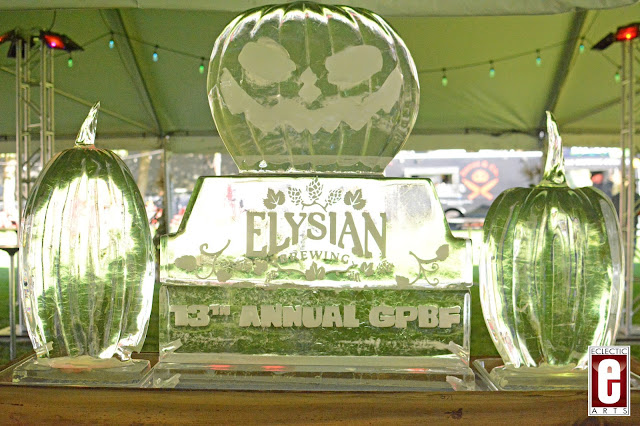 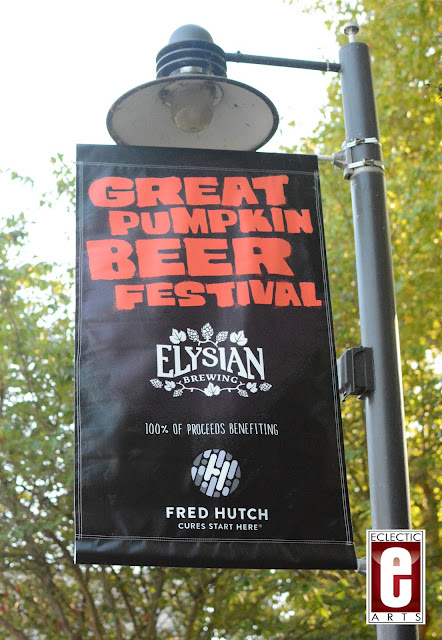 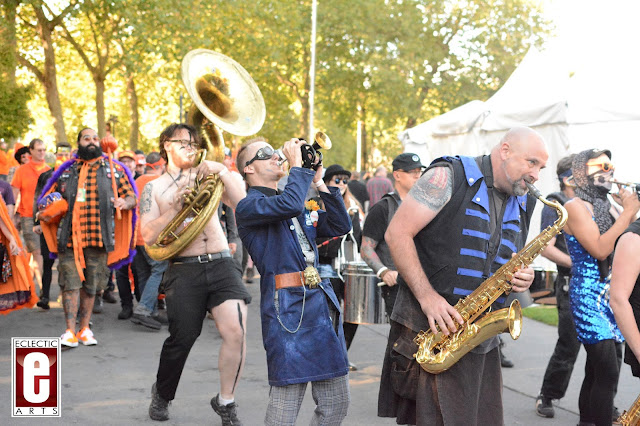 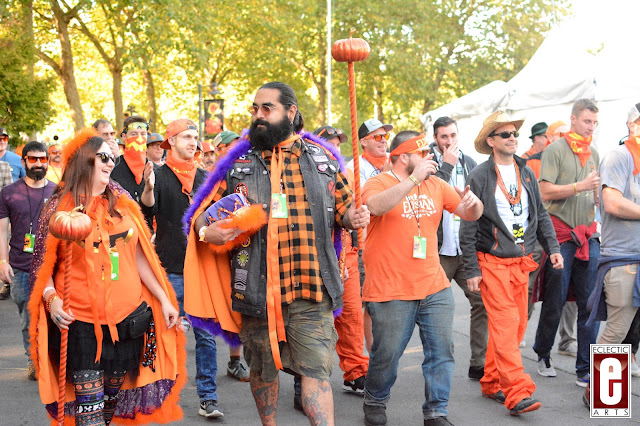 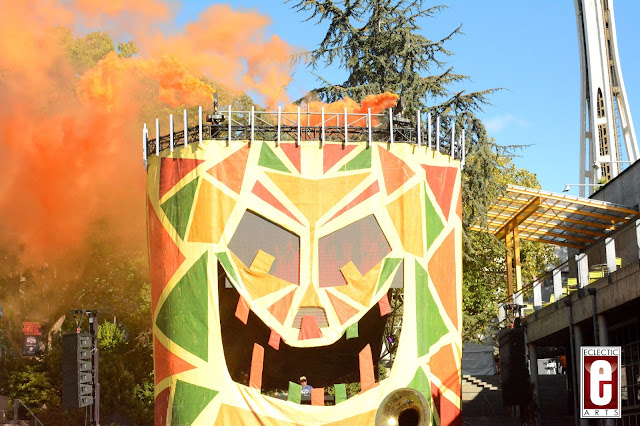 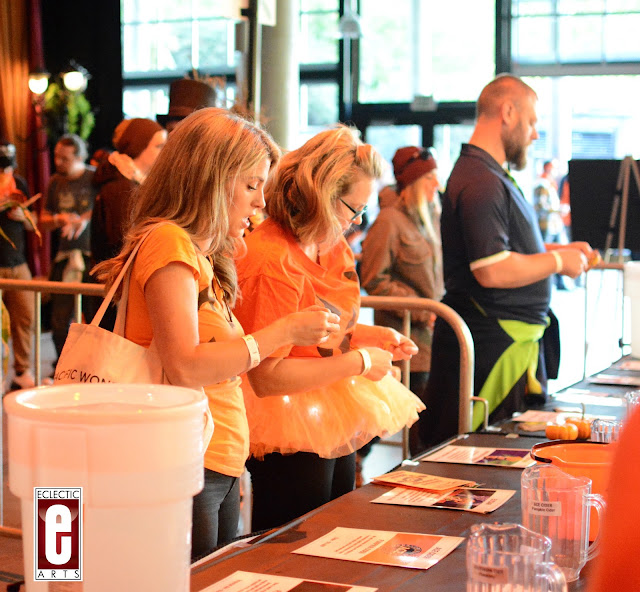 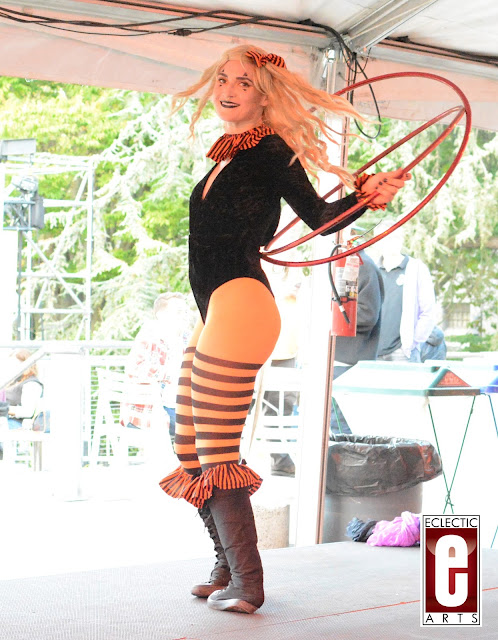 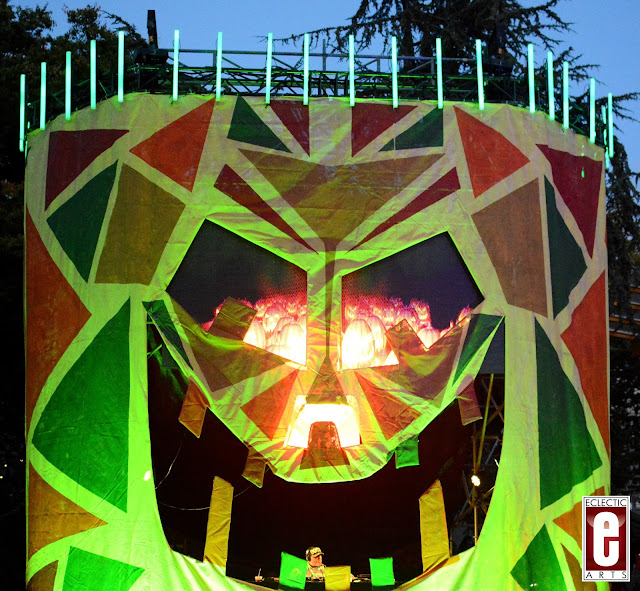 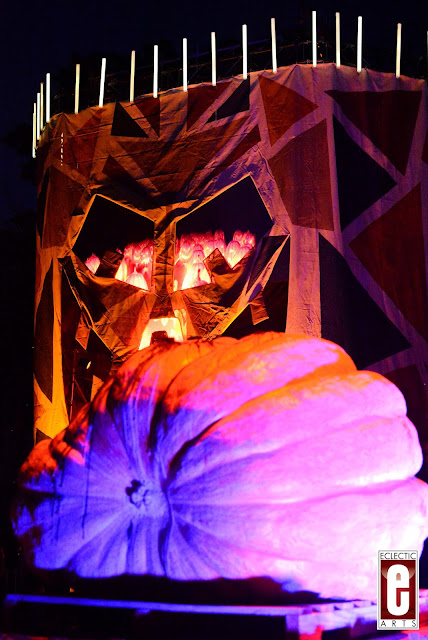 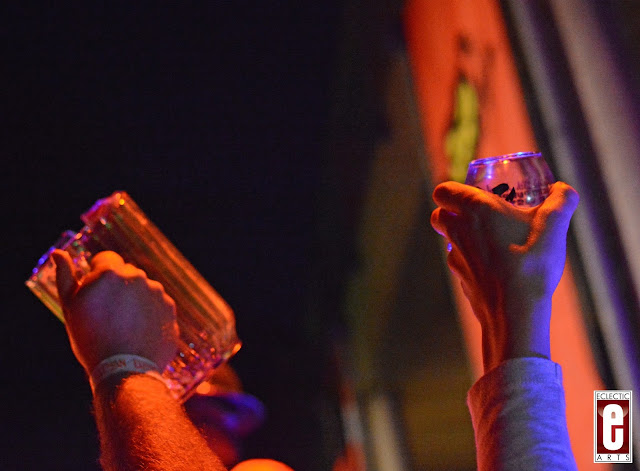 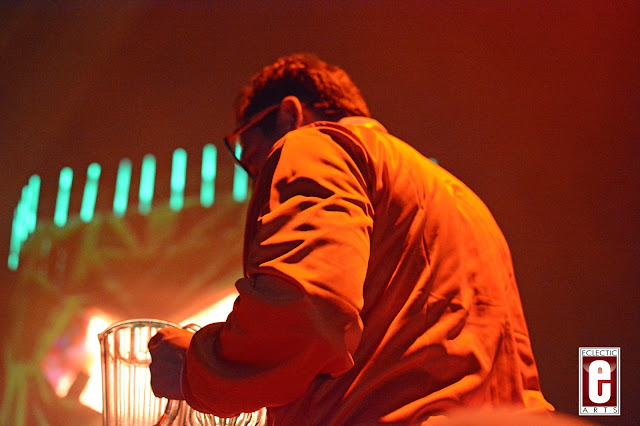 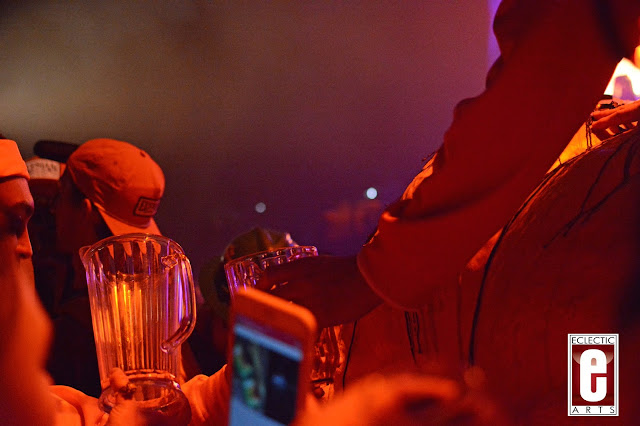 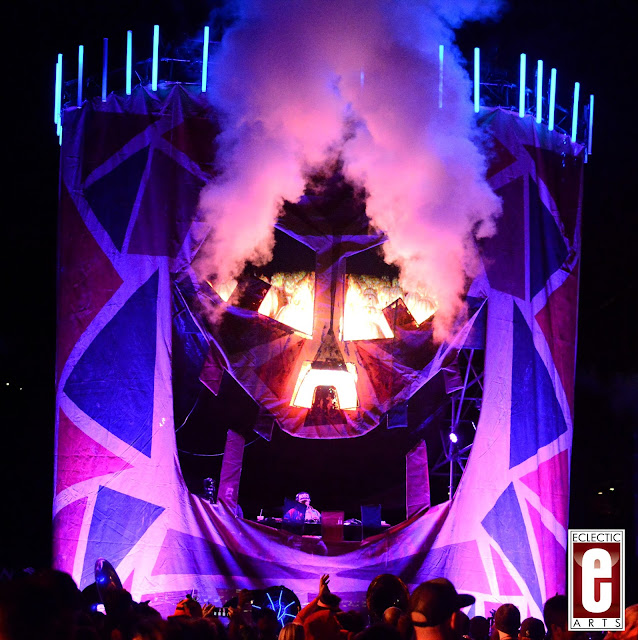 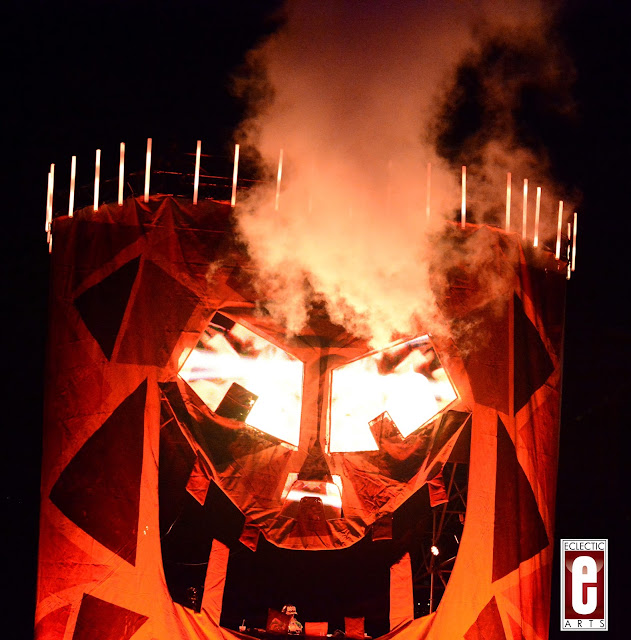 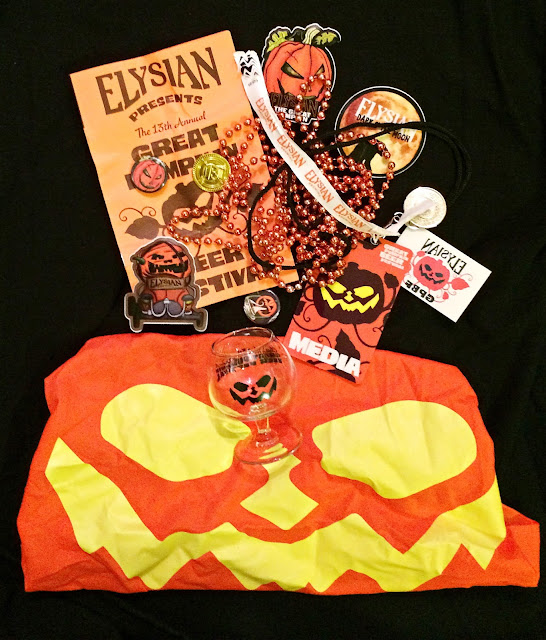 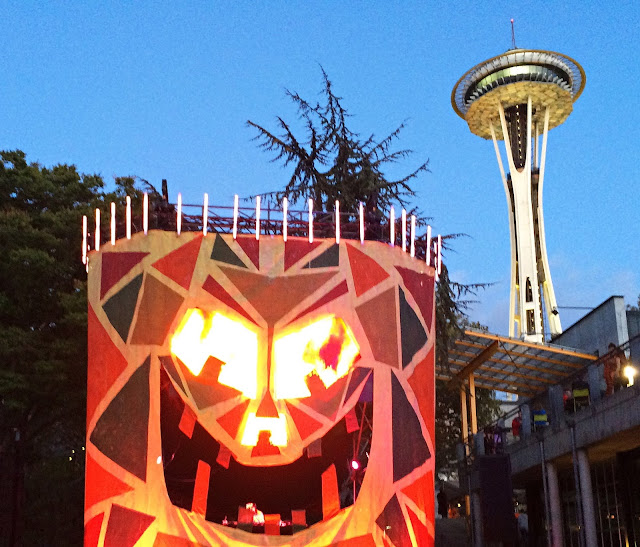 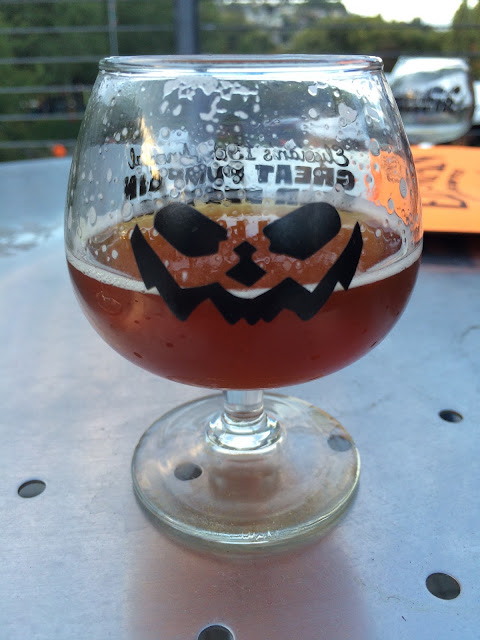