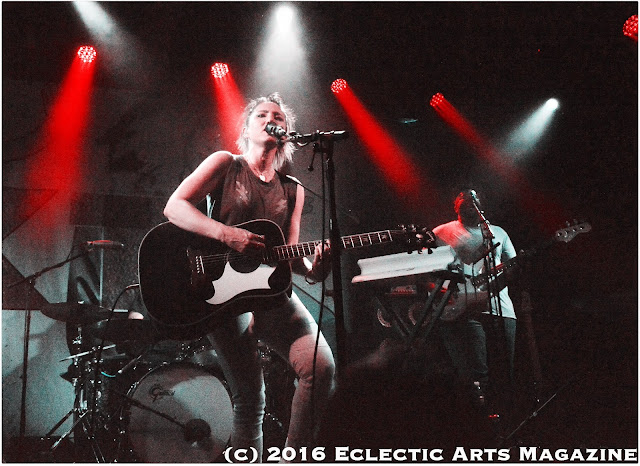 
I was looking forward to covering this show down at The Crocodile.  KT Tunstall has been around over a decade.  She is a songwriter that has paved her own path in the music world.  While I am not the most knowledgeable KT fan, I had a strong feeling this would be the kind of gig I would regret if I missed it.  Sure enough I was right!


KT has played the old Crocodile Café back in 2006.  She's played at most of the major clubs in the area and The Moore Theatre too if memory serves.  The Northwest has been good to KT and KT has been good to the northwest.


After personal circumstances in her life put her career in jeopardy, she uprooted herself from Scotland and moved to California.  Her creative spark was rekindled and, thankfully, she recorded a new album, "KIN", in which KT is supporting with this here tour. 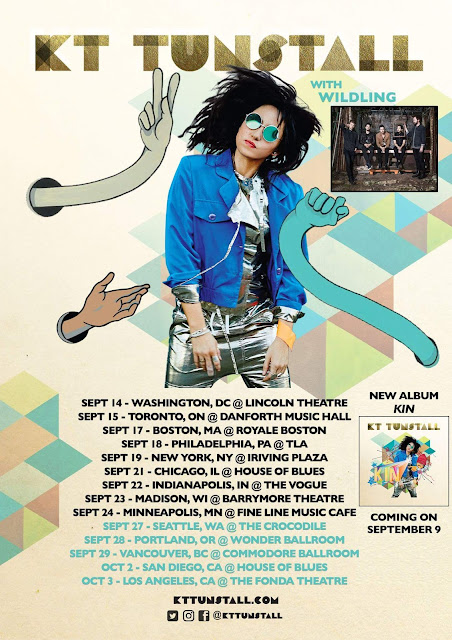 The show was sold out which always makes for a better gig in my opinion.  Wall to wall fans having that communal concert experience, it's always a joy to be a part of.


Initially, it was going to be a two artist evening but a week or so prior, local songstress Whitney got on the bill as the opener.  Instead of playing with her band, Whitney came out by herself with a guitar.  She spent the next 30 minutes mesmerizing the audience with her heartfelt soulful tunes on electric and acoustic guitars.  Whitney was a great way to start off the night.  She has a crowd funding campaign going on right now to raise money to get her next EP recorded.  Check her out at:  http://whitneymonge.com/ 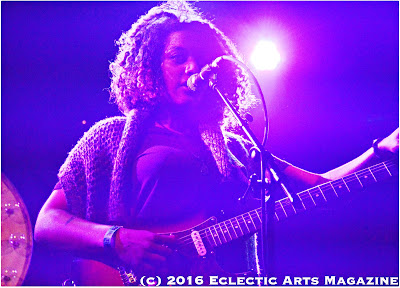 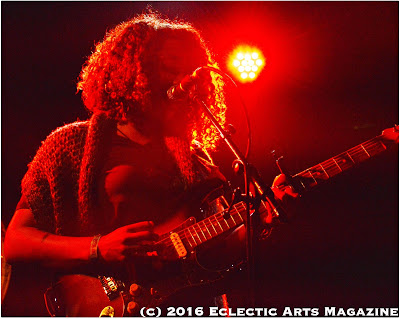 Next up was Wildling from California.  They've been in the studio working on their next release.  This was their first show in many months and their first in Seattle.  The five piece played a set of upbeat indie pop music that was incredibly infectious.  They would do well on a bill with Fitz and The Tantrums or Bleachers to name a few.  The band went over well with the audience.  Their bassist was the standout of the musicians in the band.  Great bass work throughout the set.  Wildling was very professional sounding and I certainly couldn't tell they hadn't been playing out recently.  The band ended their 30 minute set with arguably their most known tune, "Hummingbird". 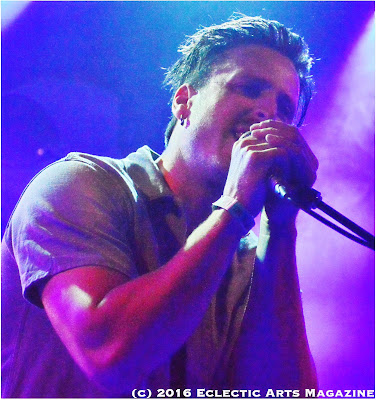 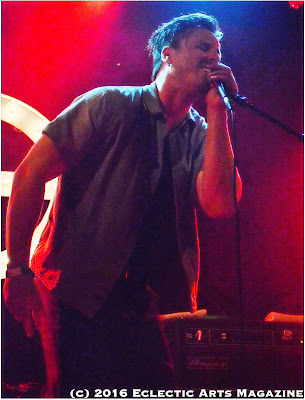 Instead of launching into the first song of the set, KT Tunstall came on and spoke to the crowd a bit before kicking into, "If Only".  Performing with a three piece backing band, KT was a bundle of dancing energy as she sang and played guitar on all but one tune.  She intertwined her set with funny stories from the road, from her obsession with facts from the internet (the octopus facts were exceptionally funny) to time and place events referring to certain songs/albums, she completely endeared herself to the audience at The Crocodile. 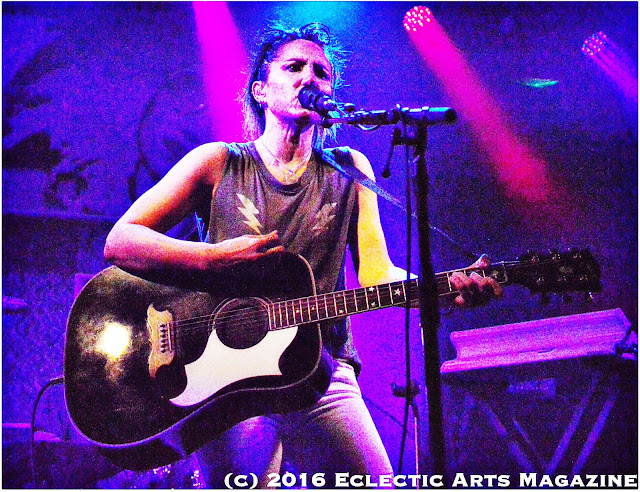 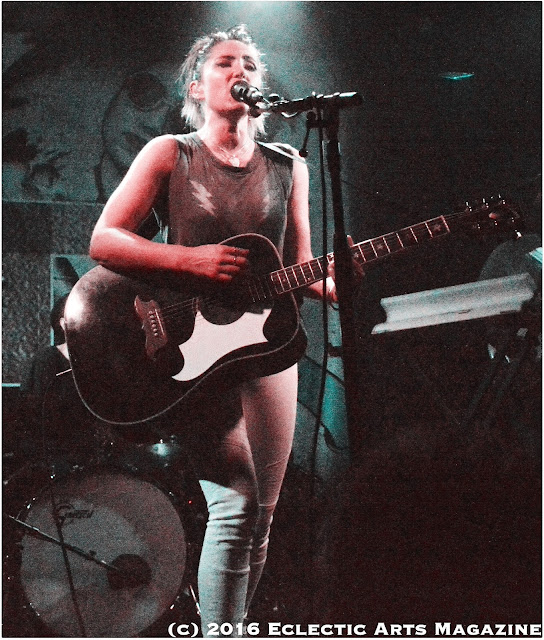 Switching between her two Gibson acoustics and Gretsch electrics, KT played several new songs from "KIN" but also spread the love around through her back catalog.  Of course she played, "Black Horse & The Cherry Tree" about two-thirds the way through the set, complete with a White Stripes interlude at the end of it.  She actually stopped through the song to rerecord her loops (see fan video below). 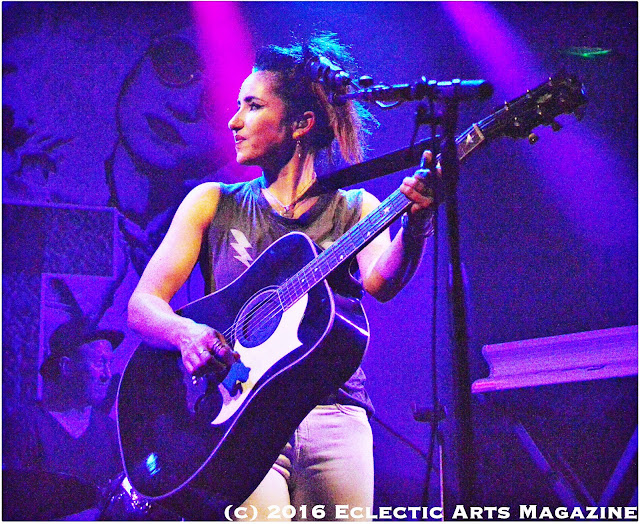 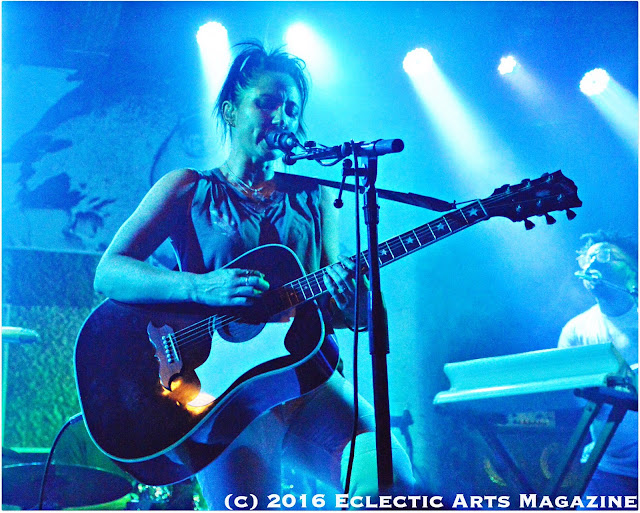 Playing a set that was over 90 minutes long ending with “Suddenly I See”, the packed house at The Crocodile was enjoying every minute of the music and laughter KT brought to the stage Tuesday night.  You can tell she's in a good place now, her new tunes are very upbeat, and her performance was just one for the books. 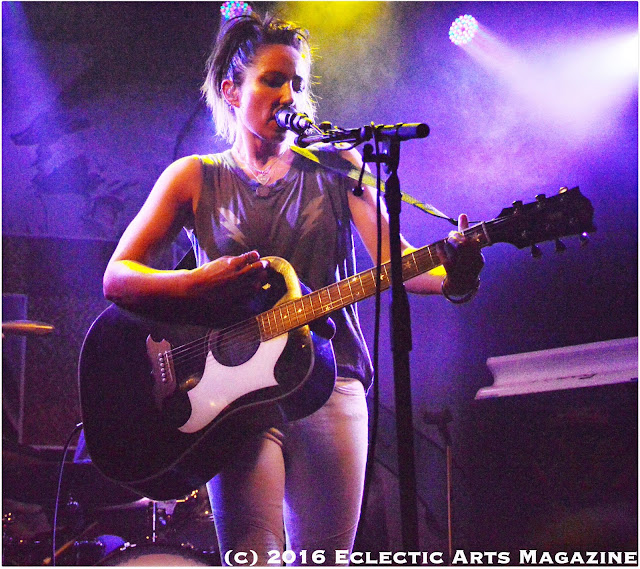 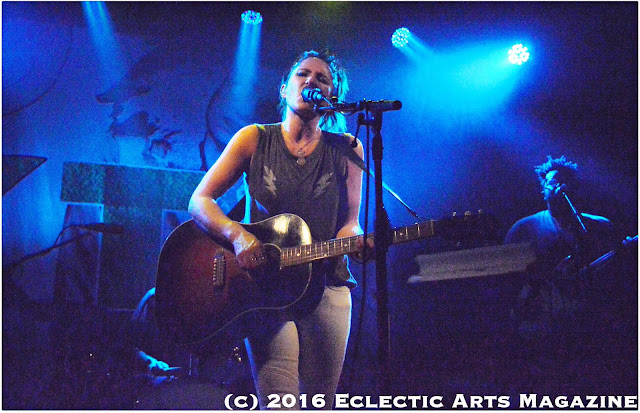 An artist’s artist if you will, KT Tunstall delivered on so many levels Tuesday night.  She was an inspiration to watch and listen to.  Catch her if you can on this current tour for, "Kin".  You absolutely will not regret it!


Thank you to:  Paul Y. for the credentials!  Also to The Crocodile staff for always being decent people.  Keep doing what you're doing.  It is appreciated. 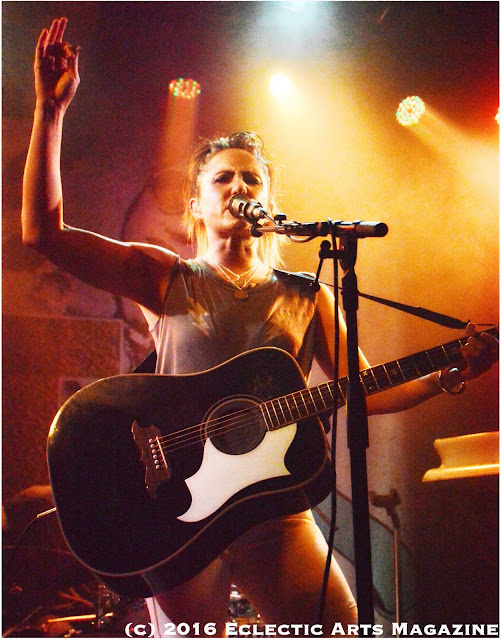 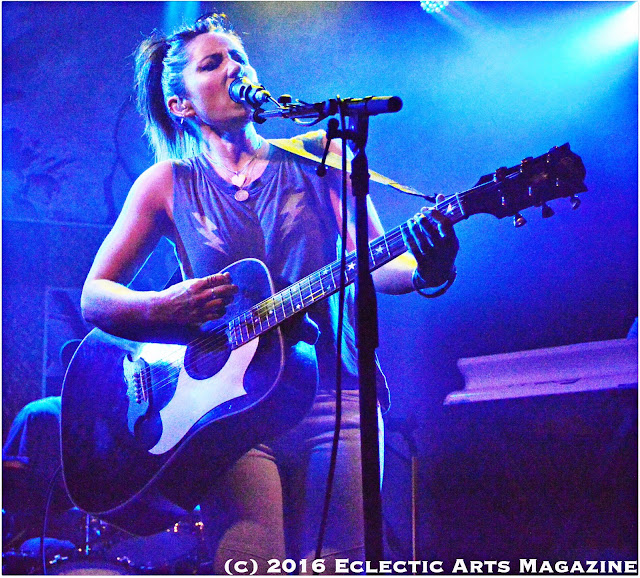 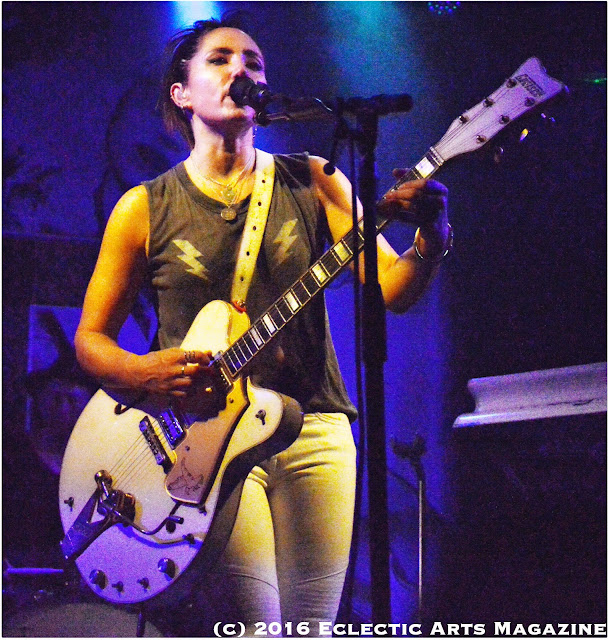 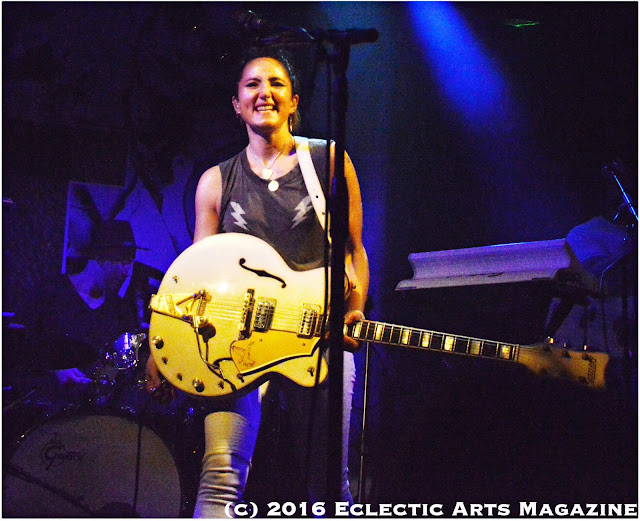 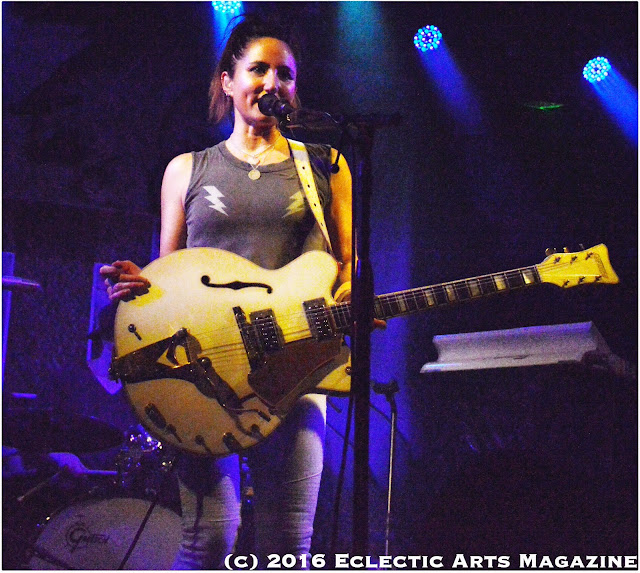 Posted by Eclectic Arts at 7:20 AM