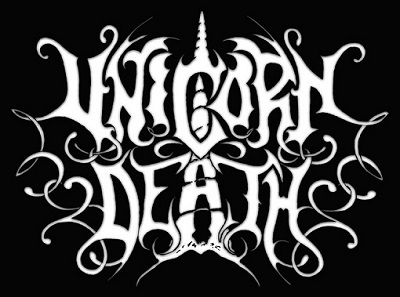 I was just at Studio Seven this past Thursday.  I ventured back on Sunday to check out a band from San Diego.  Actually, when it was initially announced, there was a black metal band from California as well on the bill.  I was interested in both but the latter ended up bailing on the NW shows for reasons of their own (explained on social media).

I was exhausted from a long ass week which made for a quiet reviewer at Studio Seven.  Normally I would talk to the band(s) before or after their sets but not this time.  I barely made it through the sets Sunday evening.  Next time I hope to gather more information about the headliner Unicorn Death.

A friend of mine had said Rhine was a local metal band I would probably like.  Fortunately for social media, I saw that the band was on third.  Then I saw that they were actually on first.  So I headed out the door to arrive just in time to catch their set. 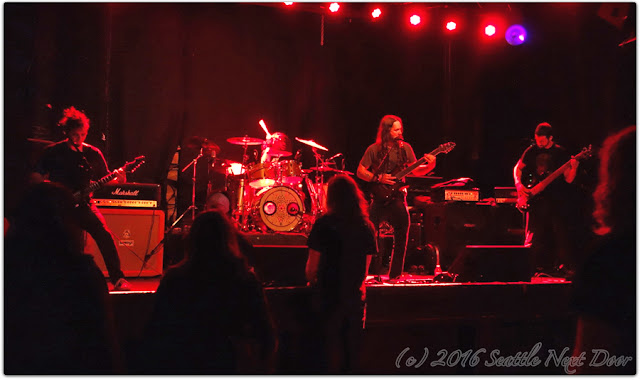 A mixture of blackened death metal, Rhine really came across well.  It's hard playing first let alone to a sparse crowd on a Sunday evening.  My understanding is that this is their last gig for a while.  Great tunes and musicianship, I enjoyed their set.  My friend was right.  Good stuff!

Next up was the second local band - Children of Seraph.  A rather young looking band (not sure of their ages), they are a heavy metal band in the traditional sense.  Musically, they were pleasing to listen to.  The singer was actually singing which was nice to hear.  Some of the song titles and lyrics were on the cheesy side but they showed promise if they can hone their sound and their look.  The white jacket has to go as does the Biggie t-shirt. If you look the part, people like myself will take you a little more seriously.  Again, the band was good but work on the presentation of the band fellas to enhance the overall effect.

Next up was the headliner Unicorn Death.  Why they were on third I don't really know.  Perhaps they had to get on the road soon after the gig or perhaps the other local band didn't arrive to load in so they went with a three band bill until the other local showed up.

In any event Unicorn Death are a six piece self-branded legend metal band.  They looked "the business" (as Steve Harris would say).  They had the stage gear, banners, stage outfits, etc.  They had a ton of merch as well.

I must admit I only watched a few videos on YT to see what style of music they were.  A mixture of power metal, symphonic metal, heavy metal, and dare I say musicals, the band hit the stage for a tight rocking 45 minute set. 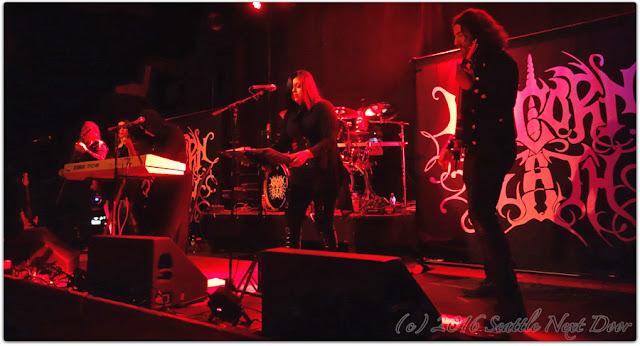 Professional sounding, with an interesting mix of musical styles, Unicorn Death did their best to make a statement in Seattle.

With female vocals, male vocals, keyboards, alternating twin guitars, along with bass and drums, the band reminded me at times of darker versions of (old) The Gathering in vibe, Theatre of Tragedy in the beauty and beast vocal department, mixed in with many power metal bands.  There are times they have a flavor of musicality that you might hear in a Broadway musical.  A dark Broadway musical.  It might be the vocals and the keyboard parts, but it's definitely there. 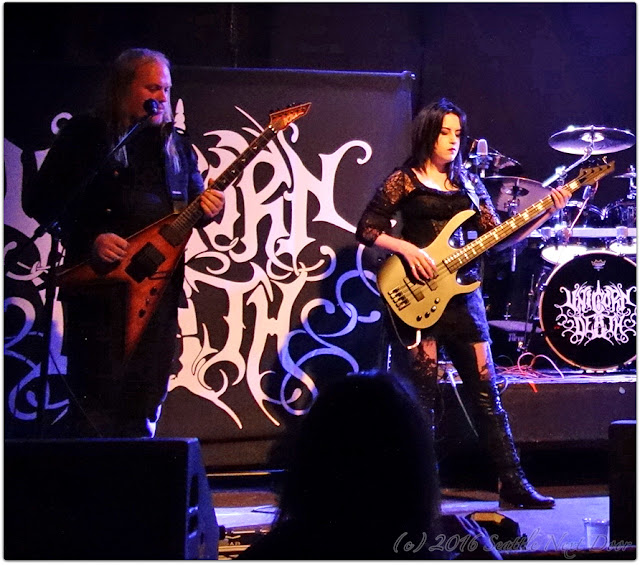 Unicorn Death's music absolutely paints a picture in your mind's eye.  It's very cinematic at times.  I could see them in the future doing a concept record, easily.  The band has a good thing going on.

The musicianship is strong - no weak links in this band.  I really couldn't find anything to fault with their show.  I'm very glad I dragged my ass to Studio Seven to hear them. 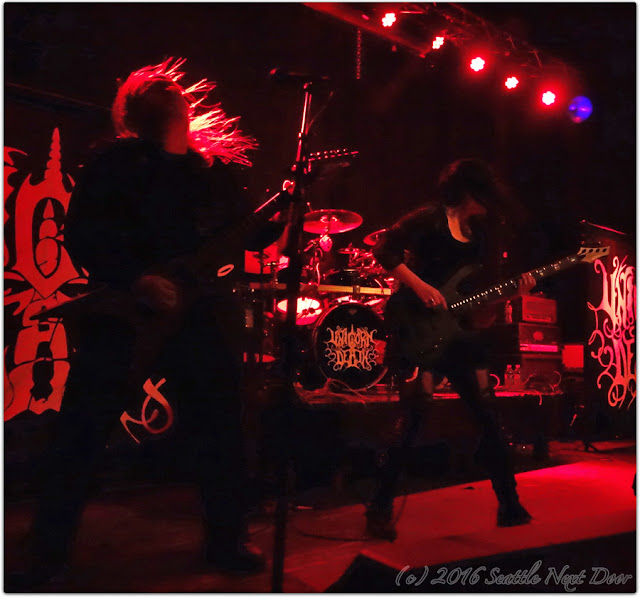 The only minor suggestions would be to figure out what to do with Cassie's (vocals/keys) keyboard.  Perhaps get a custom stand made so it looks like a tree growing from the roots up or some other cool visual like Tuomas from Nightwish has or many vocalists have for their stands nowadays (Dani Filth from Cradle of Filth comes to mind).  Seeing her dead center stage with the keyboard I wished something were covering it up like a Unicorn Death banner or again like a cool looking stand.

Another suggestion would be the name.  I totally get the power/legend metal sound and the name fitting that.  I just feel it’s limiting.  When I told some people I was going to see Unicorn Death, they were like what?  And these are people that love metal.  The name made them laugh and not think it was cool or anything.  I don't know.  Everyone has an opinion I suppose.

The other suggestion would be to get professional CD's made.  With all the money that's been put into every other aspect of the band, the most important aspect - the music - seems to have been neglected.  I know it's a digital world and the majority of people buy/steal MP3's but some old school folks like me (and in markets like Europe where this band would do well) appreciate a hard copy CD with a color booklet.

These are three very, very minor suggestions.  Overall, the band is really promising!  My litmus test for any band after seeing them live is this:  would I see them again?  The answer when it comes to Unicorn Death is absolutely yes!

The last local band came on after - A Flourishing Scourge.  I stayed for their first song and then had to leave so I didn't get to hear the rest of their set.  Perhaps next time. 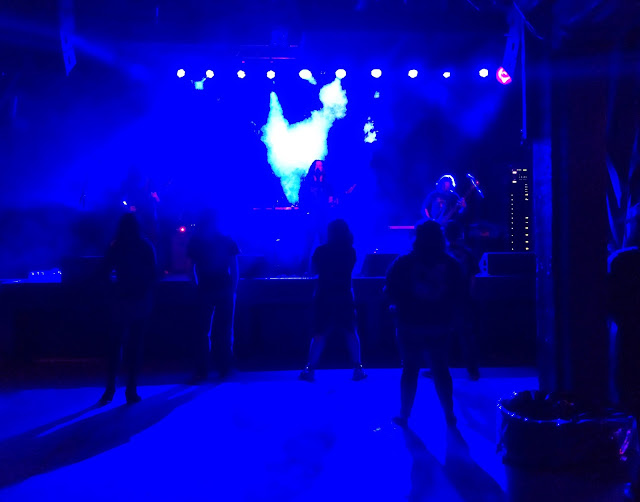 Unicorn Death are playing a few more shows on this tour.  Check them out if they come to your town! 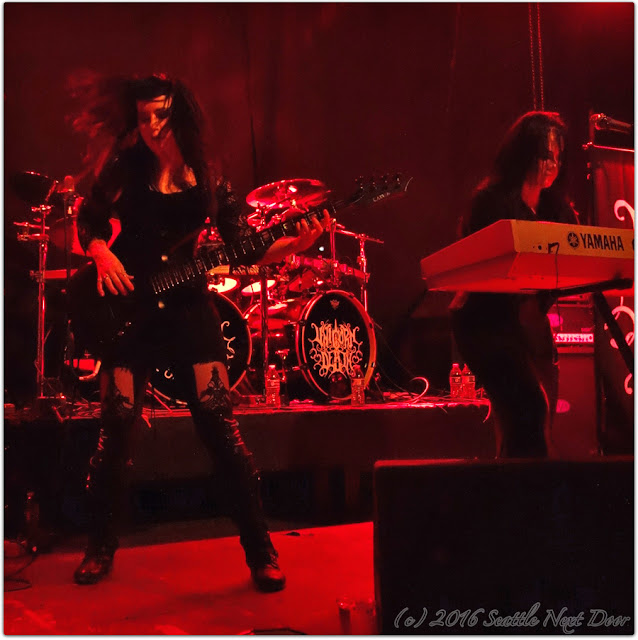 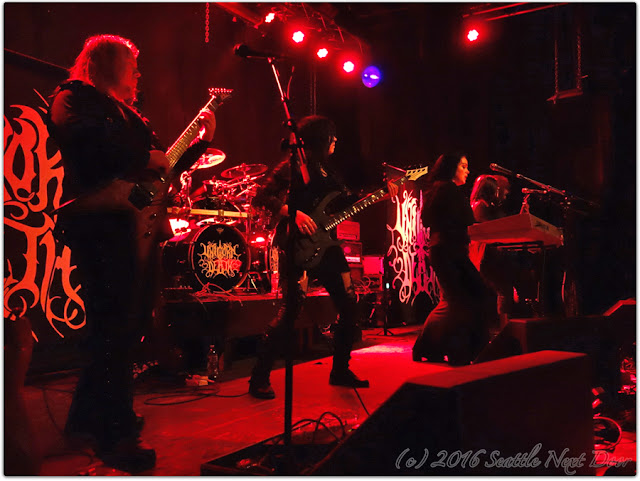