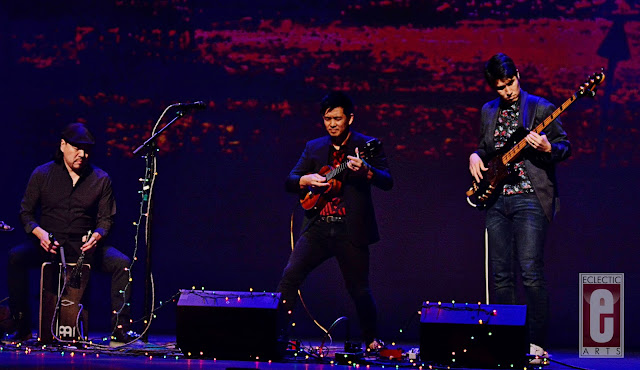 It was a welcome return to the greater Seattle area (Edmonds to be specific) for Jake Shimabukuro and his amazing group of musicians. Billed as “Christmas In Hawaii”, the show was a well rounded mix of old favorites, new songs from the recently released, “Jake & Friends”, as well as holiday classics.


The sold out show was abuzz with anticipation as this was Jake’s return to the area since 2019 AKA pre-pandemic times. Jake, like many other artists, went virtual during 2020 as a way to stay connected with his fanbase. Of course a virtual show doesn’t compare to an in-person concert experience.


The evening started off with a solid set from Thunderstorm Artis. A popular contestant from the television show, “The Voice”, and a native of Hawaii, Thunderstorm sang original and cover songs in his short but sweet set. His angelic voice really worked well in the venue and his set went over really well with the fans.


As soon as Thunderstorm’s set finished, Jake, along with Jackson Waldhoff (bass) and Taku Hirano (percussion), walked on stage and immediately went into a trio of songs (see the set-list photo - thank you to Brett for providing one after the show). The band sounded fantastic. I’ve said it before but it bears repeating - Jake’s live concerts are always better when he has other musicians to play off of. He’s learned to perform as a mix of full band, partial band, and solo and I hope this never changes. I’ve seen him in the past by himself, with a bassist (Nolan), and as a trio (with Dave and Nolan) - and, again, the concerts are more enjoyable in my opinion with other musicians joining in on the fun.


Thunderstorm Artis joined the band for a few songs which was another nice touch by adding vocals (Dave had sung during past shows). Thunderstorm’s voice really worked well with the music - not to mention his acoustic guitar playing.


Jake, of course, was the center of attention but he never hogged the spotlight. If you’ve ever met him, you know just how down to earth and humble he is as a musician and as a human being. He always shares the stage with the other musicians. But, perhaps it was the pandemic “break” or the fact that this was my first concert back as media since the pandemic but Jake sounded nearly flawless. His playing was effortless and he always brings endless joy and energy to his performances.


With a set of around twenty songs, and a brief venue intermission, the show was extremely satisfying. Every fan got a little something to make them happy. And, let’s face it, for many of us - just being back at a live concert was awesome enough. But being back at a sold out Jake Shimabukuro concert? Well, that was absolutely incredible.


Thank you so much to Jake, Jackson, Taku, Thunderstorm, Brett, and Nichole for a perfect experience. 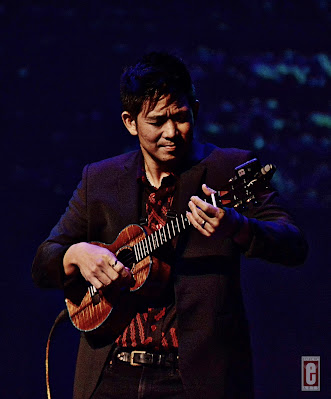 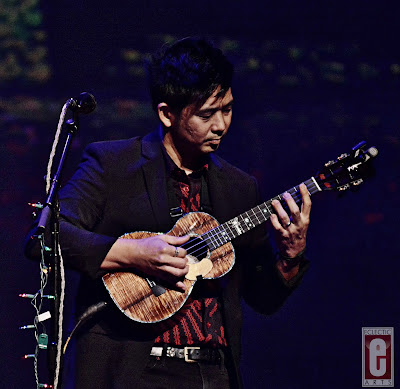 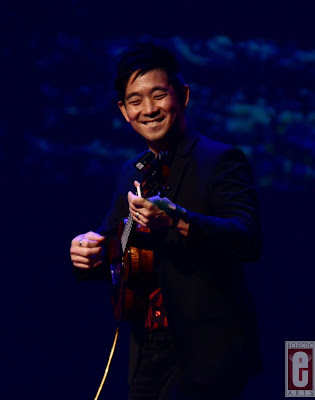 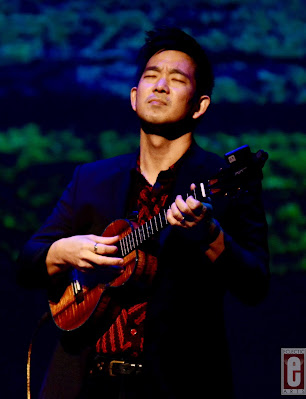 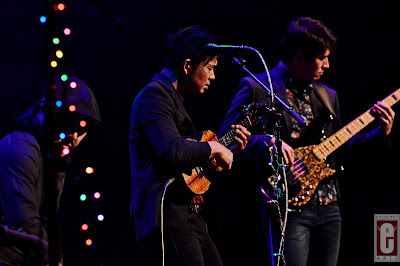 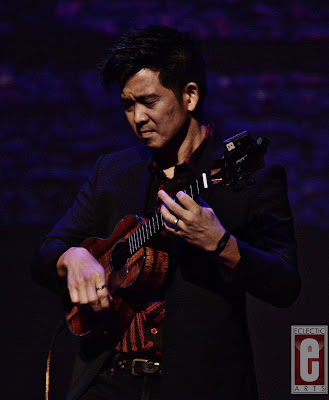 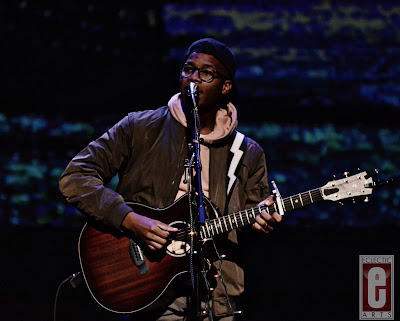 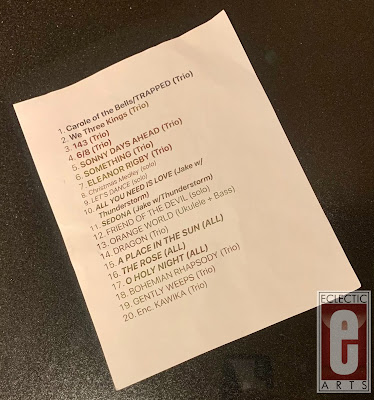 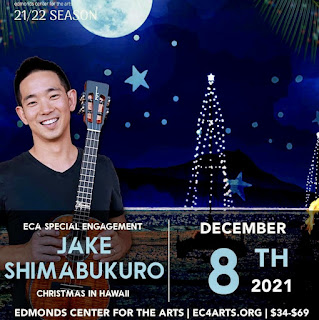 Posted by Eclectic Arts at 7:40 PM