I'm a Washington native - born and raised.  We are fair weather folks out here.  We don't like it too hot and we don't like it too cold.  On Saturday August 20th, we were pushing 90 degrees that day.  For some, particularly at an outdoor concert venue, hot temperatures like that are bliss.  For those native to this area - it's torture.  Thankfully the venue was partially shaded due to the tree line and the time of day before the bands started.  Had this been an all day festival, it would have been a problem.

Folks were in good spirits on Saturday and who could blame them?  The pop and soul of Fitz and The Tantrums was going to be hitting the stage!  Promoting their third full-length release that features the single, "Handclap", the band has been playing across America on their "Get Right Back" summer tour. 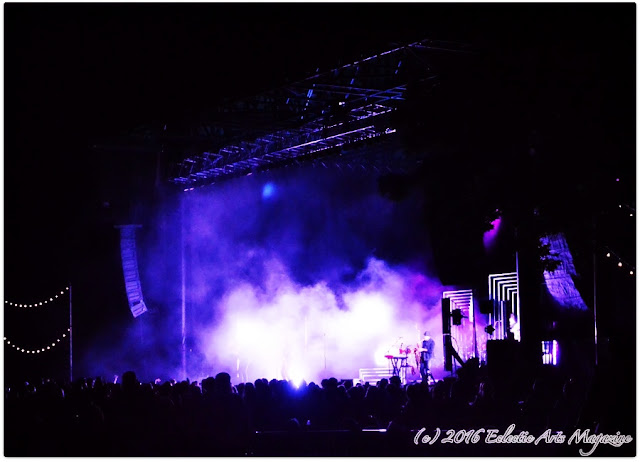 For the uninitiated Fitz and The Tantrums have earned their popularity by playing gig after gig after gig. They have been touring relentlessly since their inception.  I really admire a band that busts their ass out on the road and these guys/gal are doing just that.  They've played Seattle numerous times (this was my fourth show and I missed just as many in that time frame) let alone every other major market in the US and abroad. 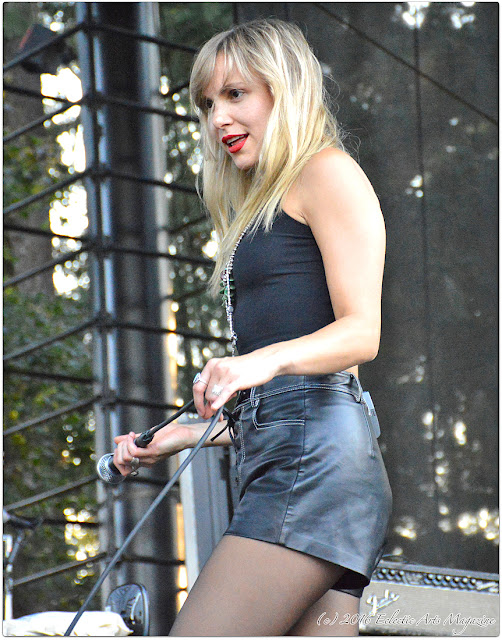 Touring with the Fitz and The Tandtrums was the first band up PHASES.  A synth pop group out of California, the band played a very enjoyable set of pop influenced music that at times had an 80's influence.  Why PHASES went on first instead of the local support act I don't know but their music was a good fit for the bill. 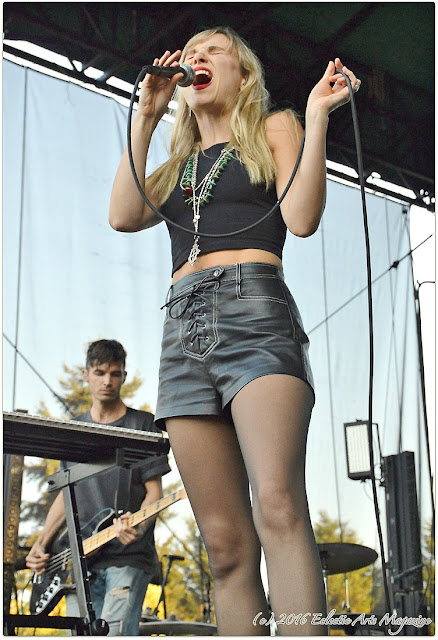 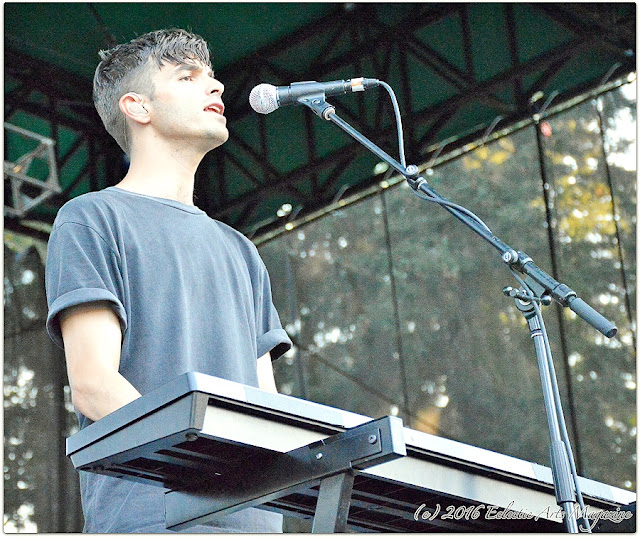 After a brief changeover, local artists Pickwick took the stage.  Their music was more indie pop rock but also was a nice addition to the bill.  They debuted a horn section for a tune or two as well.  The two openers did a fine job warming up the crowd for the headliner. 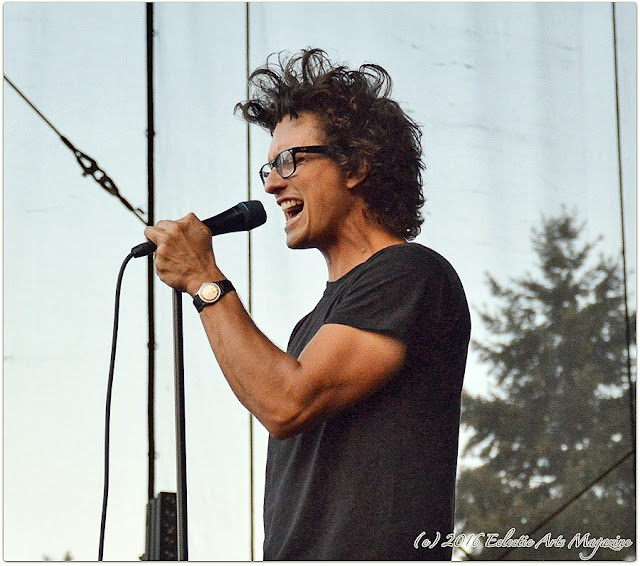 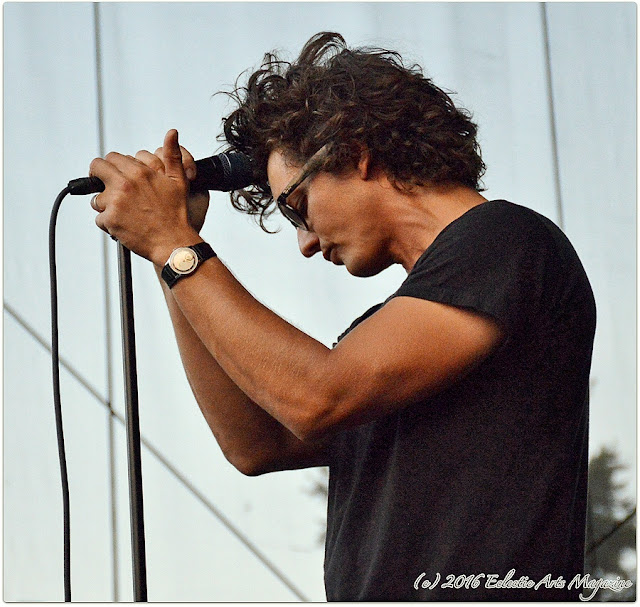 By this point the sun had dropped enough to begin dusk.  The lights on the stage could be incorporated and would just go into full effect as the set went along. 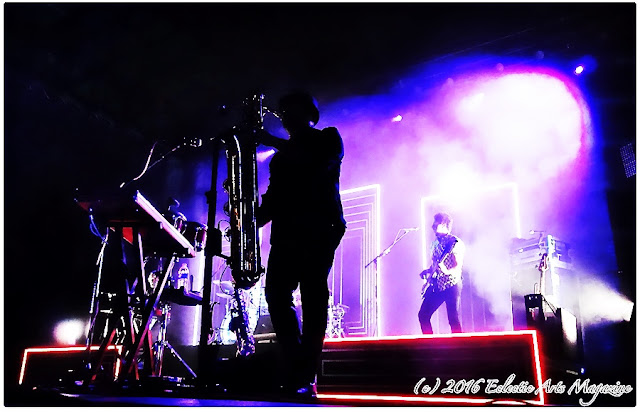 Fitz and The Tantrums opened up the night with "Get Right Back" from the new album.  Fitz, Noelle, and the boys were in the musical pocket from the first note.  Having seen this band live before, I'm always amazed at just how good they sound live.  Not only do they sound good, they have the energy that, in my opinion, none of their records have captured properly. 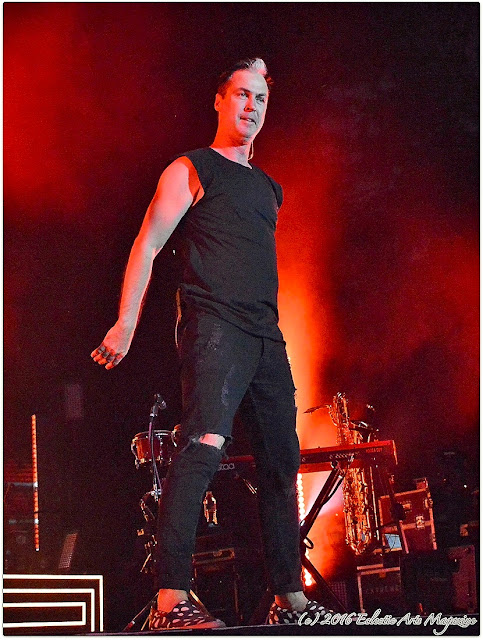 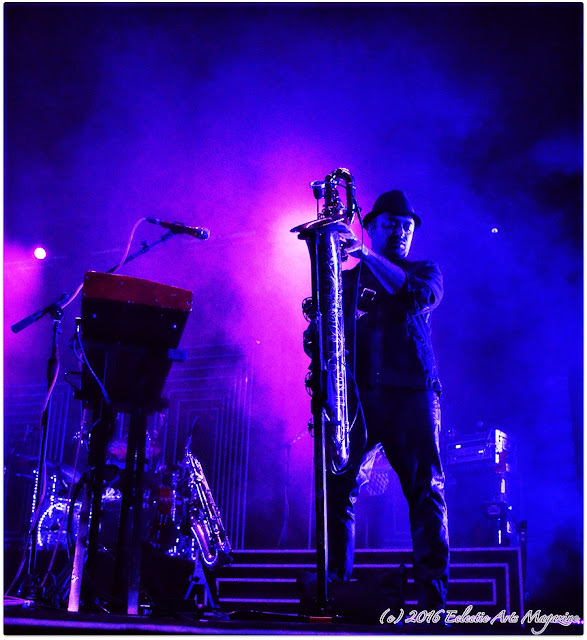 The band played a very equal mix of tunes from all three albums.  From tunes like "Spark" and "Out Of My League” from the second album to "LOV" and "Moneygrabber" from the debut album, the six-piece band was in fine form as always.

If you like to dance, Fitz and The Tantrums is your band.  They might out-dance you too as Fitz and Noelle never stop moving.  They are talented musicians and entertainers. 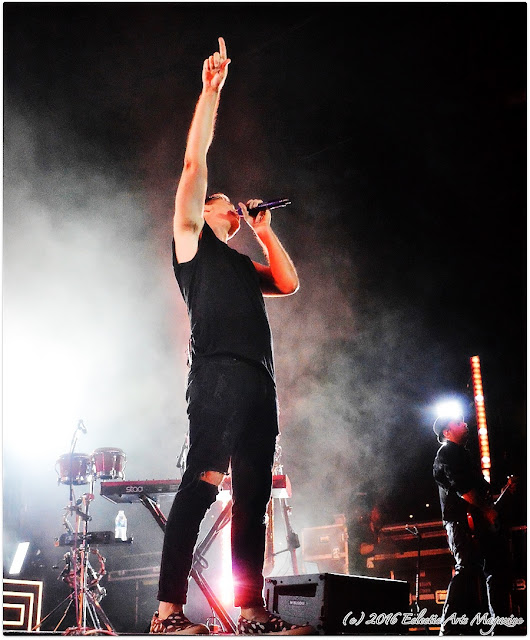 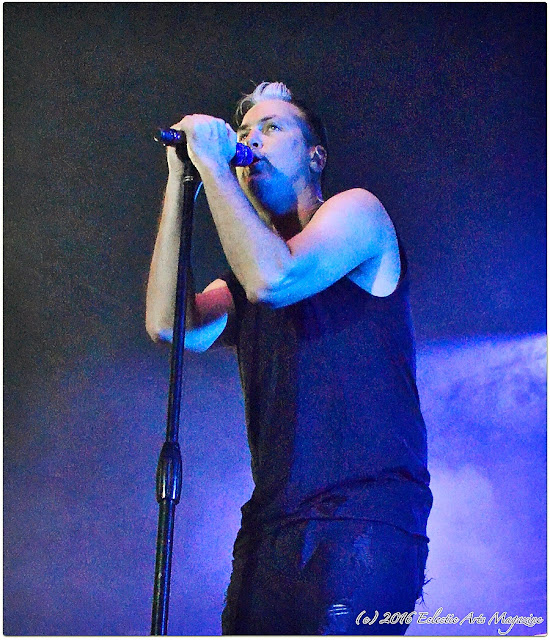 The band played a tight set that encored with "Handclap", "6am", and "The Walker".  Personally, I would of preferred a three song knockout by replacing "6am" with "Moneygrabber" in the set order, but it was still an awesome way to end a high energy show.

Again, Fitz and The Tantrums is a band you can't go wrong with for a good time.  They are one of the few bands that truly belong on the stage.  It's where they are at their best vs the studio in my opinion. 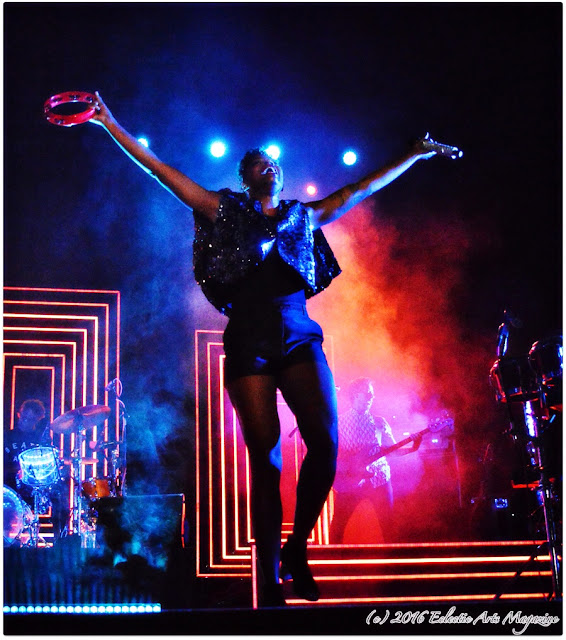 The extended jam in "LOV" needs to be reconsidered as it brought the energy down in the park but, outside of that, I can't think of anything else to pick at.

A great evening of music at Marymoor Park!

Thank you to: Shannon C for the credentials. Everything went as smooth as could be the day of the show!

Get Right Back
Spark
Don’t Gotta Work It Out
Out Of My League
Run It
Break The Walls
Breakin’ The Chains Of Love
Walking Target
Complicated
Fools Gold
Roll Up
Do What You Want
MoneyGrabber
Burn It Down
L.O.V.

Handclap
6 AM
The Walker
Posted by Eclectic Arts at 2:47 PM