I'm very honored to publish one of the first interviews with an up and coming musical artist:  LEX!  I caught their show here in Seattle back at the end of March and was intrigued by what I saw and heard.  Check out their site here:


The following interview is with vocalist Alexis.  And remember - you heard about them here before they blow up big time! 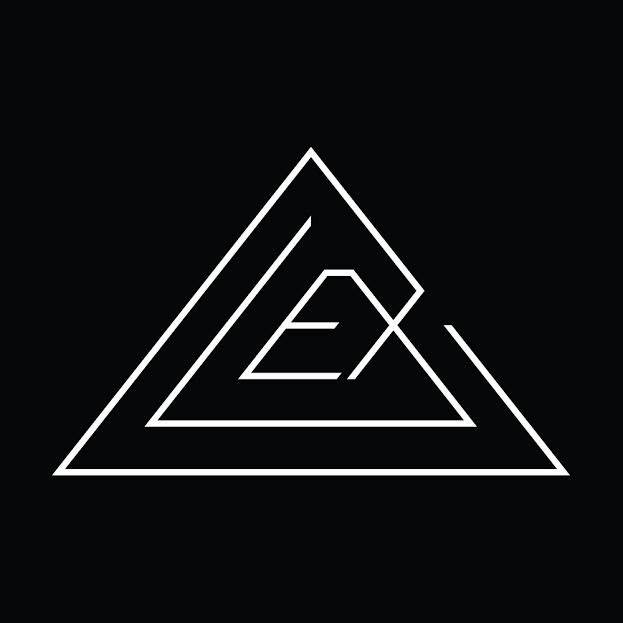 Thank you so much for the honor to be interviewed by Eclectic Arts! - Alexis/LEX

EA:  Greetings!  Thank you for taking the time to do the interview.  Please introduce yourself as well as your band mates that make up the entity known as LEX!

A: WE ARE AN ALL FEMALE SYNTH FANTSY BAND MADE UP OF ALEXIS, LP, LICIA AND J.

A: THE DARKNESS COVERED THE LAND. ITS FOG SEDUCED, CRAWLED AND SUFFOCATED. DREAMS WERE DESOLATE – PLEADS TO THE STARS. THE QUEST BECAME CLEAR; THE EMPRESSES HAD TO COMBINE THEIR POWERS TO OVERCOME THE VOID. AS ONE, THEIR JOURNEY BEGAN – FOR THE ILLUMINATION OF THE UNIVERSE. THE COMBINATION OF THEIR POWERS, ARTISTRY, INNOVATION AND ELECTRONIC EXECUTION IS LEX.

EA:  What music background do each of the members have?  Influences?

A: WE ALL COME FROM A JAZZ BACKGROUND AND HAVE ALL COME TOGETHER UNDER THE INFLUENCES OF BLADE RUNNER, LABYRINTH AND THE NEVER ENDING STORY. 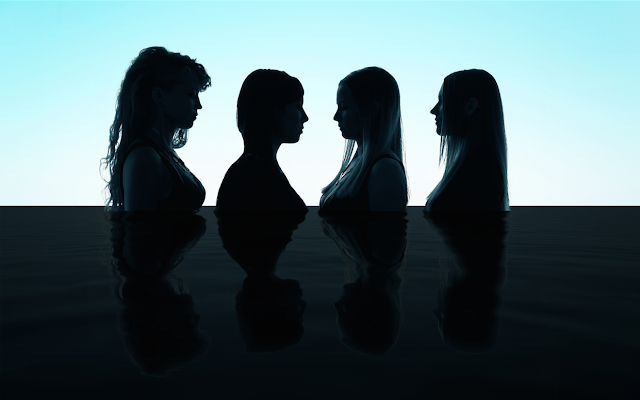 EA:  What is the connection with Daft Punk?  How has it been a help in your career?

A: GRAMMY AWARD WINNING PETER FRANCO PRODUCED THE SONGS ON OUR LEX EP AND HE IS BEST KNOWN FOR ENGINEERING THE LAST TWO DAFT PUNK ALBUMS. HE HAS BEEN A HUGE BELIEVER AND SUPPORTER IN US SINCE THE FIRST MOMENT HE HEARD THE LEX MUSIC. FROM THE DAFT ARTS TEAM CEDRIC HERVET DESIGNED OUR LOGO, PAUL HAHN HAS GIVEN US GUIDANCE, SAM COOPER PROVIDED US WITH VINTAGE ANALOGUE SYNTHS TO MANIPULATE AND PLAY WITH ON OUR ALBUM, TODD EDWARDS LENT US HIS STUDIO AND HIS SKILLS ON SOME OF OUR SONGS, AND PETER FRANCO CONTINUES TO PUSH US, ADVISE US AND SHARE HIS BRILLIANCE WITH LEX.

EA:  You recently completed a mini tour of the west coast.  How were the shows?  How was the experience?

A: IT WAS INSPRING AND MOTIVITING TO BRING THE LEXPERIENCE TO THE WEST COAST. 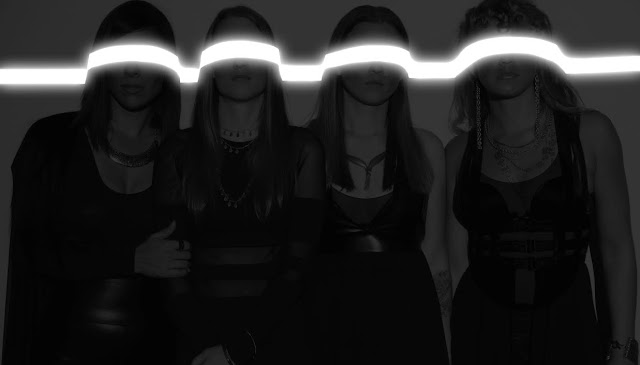 A: IT IS A COMBINATION OF VINTAGE AND FUTURE SOUNDS.  PUT IT ON, TURN IT UP, LAY ON YOUR WOODEN FLOOR AND LET IT ENGULF YOU.

EA:  Your first single is "Mystery Boy".  How did this song come together?  Will there be a music video for it?

A: THIS SONG CAME AS A CALLING TO OVERCOME A VOID WE WERE EXPERIENCING. IT WAS THE FLICKER OF LIGHT THAT WAS TO START THE JOURNEY .

THERE WILL BE A MUSIC VIDEO AND LEX AND THE ZAMORA SISTERS ARE IN THE CREATIVE DEVELOPMENT STAGES.

A:  IT WAS A REALLY WONDERFUL EXPERIENCE.  SONOS STUDIOS DOES A FANTASTIC JOB AT SUPPORTING ARTISTS AND NURTURING VISIONS.  WE WERE ABLE TO TRANSFORM THE SPACE COMPLETELY INTO OUR LEXEXPERIENCE WHICH INCORPORATED OUR VISUALS, INSPIRATIONS, SHOW PIECES, AND OUR MUSIC.  THE EP IS AVAILABLE ON ITUNES, SPOTIFY, RHAPSODY, AND AMAZON. 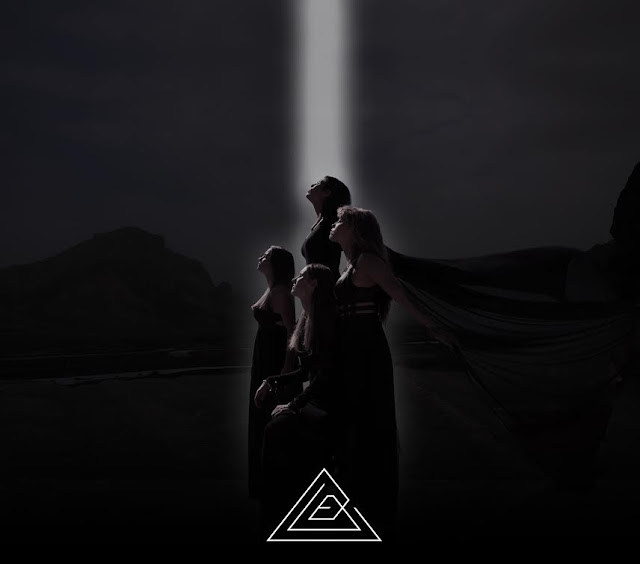 EA:  I also thought I read somewhere that you did a photoshoot for Vanity Fair?  What was the shoot for (an article?), how was the experience, and what issue will the photos be seen?

A:  WE HAD THE JOY OF BEING PHOTOGRAPHED BY ONE OF THEIR PHOTOGRAPHERS DURING A PARTY AT COACHELLA WHO WAS THERE TO CAPTURE THE EVENT.

EA:  For someone that's never heard LEX - what would you tell them about the band, your sound, etc?
A: LEX IS A COMBINATION OF FUTURE AND PAST.

EA:  What's coming up in the future for LEX?  More touring?  A full length release?

EA:  There's an air of mystery surrounding the band (in terms of there not being much out there on you which includes the fairly vague website).  Was this intentional?  What is the vision for the band?

A: EVERYTHING WE HAVE DONE SO FAR HAS BEEN INTENTIONAL. IN AN ERA WHERE EVERYTHING AND ANYTHING IS ACCESSIBLE, WE FEEL IT IS IMPORTANT TO LET THE MUSIC SPEAK FIRST. 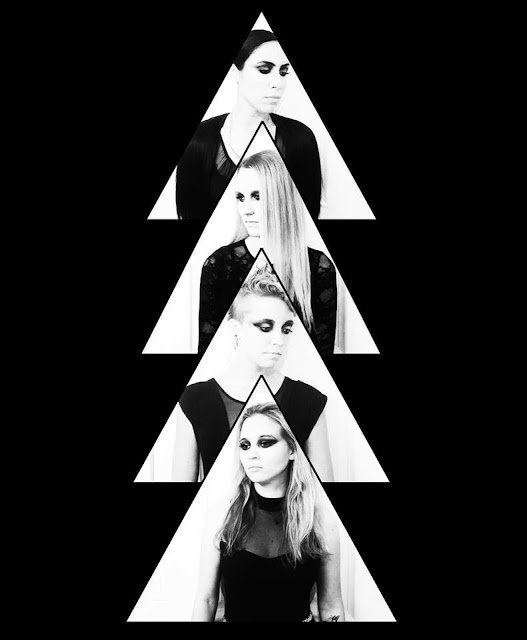