I remember back in 2011 asking for local music to review for the magazine.  I received a lot of submissions.  I specifically requested hard copies to weed out those that only use digital forms of promotion for their band.

I had a stack of CD's, CDr's, and the like.  I think even a few cassette (!) tapes made it to my door.  While I'm not one to toot my own horn, ever since the 80's, I've enjoyed turning people on to new music.  A few examples - this band out of San Francisco that were playing this really heavy style of metal that reminded me of Motorhead meets Maiden/Priest.  They had a 12" single for "Jump In The Fire" out in the UK and Europe at the time.  The band?  These unknown guys called Metallica.  Ever heard of them?  It's too bad what they've turned into but back in the day they could do no wrong.  But I digress.

So, back in 2011, that pile of music I received was pretty much just that - a pile of crap.  Yeah, I'm not in a mood to sugarcoat my words today.  Surely there were a few exceptions you say?  Yes, there were - three to be exact.  One is still putting on their live production shows annually here - getting better each year.  Another is playing a gig tonight in West Seattle.  And another has adopted a stage name to protect his identity.  He has returned to the local stage and has produced a quality EP of music as well (after several CD releases).  Two of the three were interviewed and featured in Eclectic Arts (print version).

This brings me to my current review of Bleachbear's "Lost Parade" release.  It's hard to not include a few different perspectives on this release.  I want to be fair to the CD as I would any other that I review here but I have a bit more background on the band so my perspective isn't that of a newbie.  For better or worse, I will breakdown what I think of the album as if I knew nothing about the band, k? 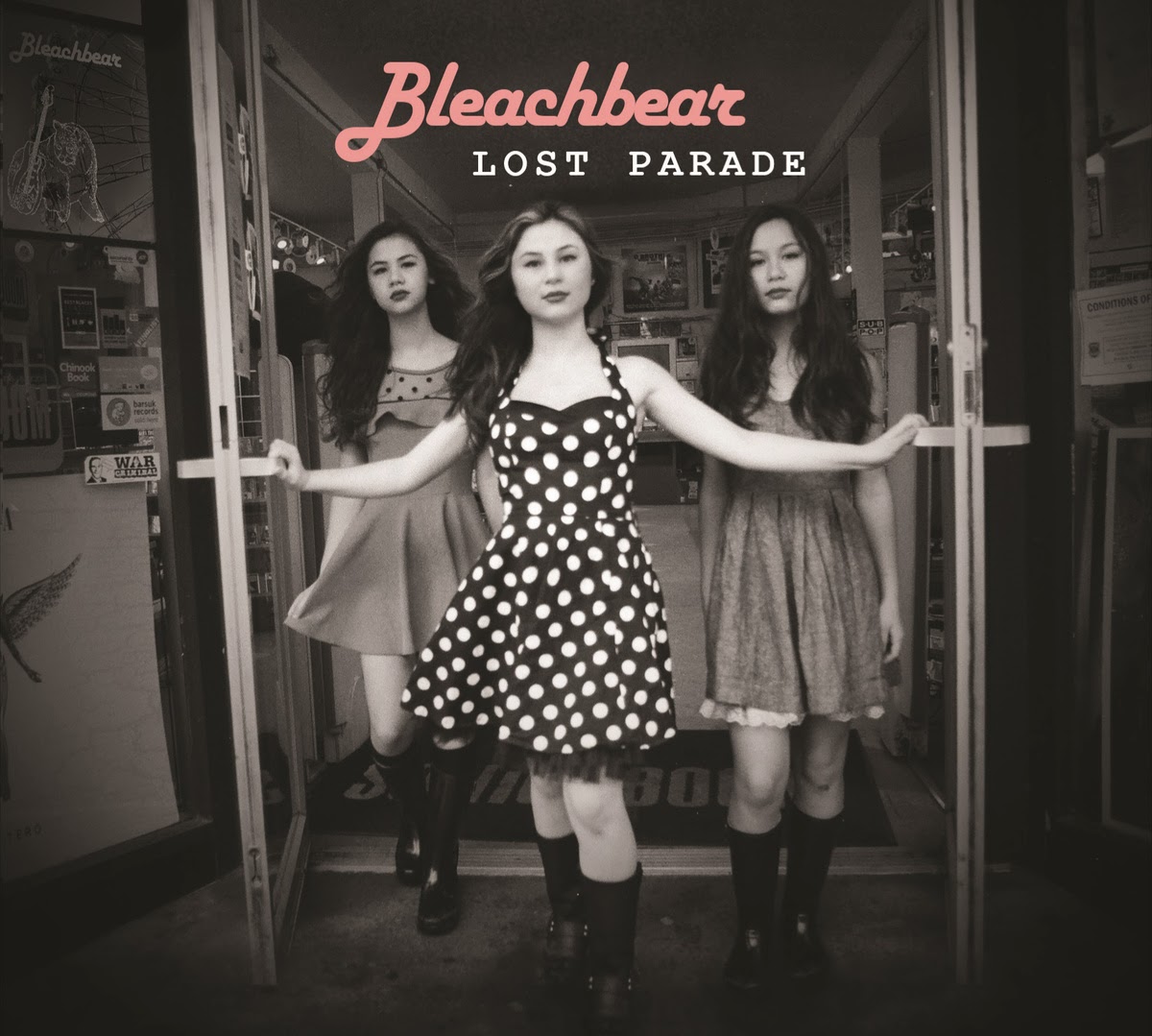 I've been living with this music for the last week - week and a half or so.  I played it through my TV, my stereo, and my trusty boombox.  Front to back, I listened to it approximately a dozen times, maybe more.  I wanted to soak in the music before I wrote this review.

The CD starts out with arguably the strongest track, "Stuttering Hearted".  I can't think of one thing to make this song better.  It reminds me of the late great Ronnie James Dio when recording vocalist Geoff Tate (formerly of Queensryche) for the Hear N Aid release.  Geoff finished his vocals in the studio and Ronnie just said from the booth, "Great.  It's Great.  It's Great."  He said it with such finality you knew there was nothing more to be done to improve the performance.  That's how I feel about this tune.  It's great!

The use of vocal phrasing (mixture of voice) during the song adds dimension to the tune. Tigerlily's voice is upper register.  It is airy and distinct.  To me, it stands out on the entire album in a positive way.  To others, it may be a bit of distraction (or it may take getting used to).  "Stuttering Hearted" is the leading candidate for a single release if you ask me.

I must mention that the production is lively - very clear bass lines, drums, voice, guitar, etc.  I'm not quite sure if the basic tracks were recorded with the band as a whole or separately.  In any regard, it works.  Kudos to the production/engineering team for putting out a quality production that isn't overly produced/slick.  The organic-ness of the performance comes through which I love to hear.

"Down By The Forest" is up next.  An upbeat number with more vocal phrasing around the two minute mark (seems to be a staple of the band).  The forest motif shows up in several of the songs lyrics.  There's a little, a liiiiiiiiiiitle bit of a oldies vibe to this tune (think 50's).

"Letters At Your Door" is quite introspective.  The glockenspiel seems to get a work out on the majority of the album too which is a nice touch - particularly on tunes like this.  It adds a dream/lullaby like quality to the atmosphere.

Next up is "Valentine's Day".  Guitar and vocals start off this tune before the bass kicks in and then the kick drum.  The pre-chorus has an almost Beatles quality to it.  The chorus reminds me of Tracy Bonham's work a bit.

"I Do It All For You" may be a bit of a cliche' title but the song is anything but.  Many of the songs have lyrical themes of being alone, relationships (good/bad), and letting go, among other topics.  The opening of this tune the timing of the guitar and the drums sounds ever so slightly off beat - just a smidge.  The snare hits in particular.  Nothing major at all, though.

This brings us to "Look At The Stars".  Acoustic guitar and vocals start this tune off.  Stripped down for the most part (there are bells on this track too along with eggs (shakers) and other percussion), this song reminds me of what the band could close the show with.  You know how some bands play the big bombastic song last while others leave the audience on a quiet note.  That would be this tune.

The left of field track on the album, "Astoria", captures the cinematic quality that I'm sure was the intent.  Lyrically haunting, the music fits it perfectly to create the ghostly mood.  This so reminds me of Veronica Falls from London (if you haven't checked them out, do so now) except that band is definitely darker and edgier.  One of the stronger tunes on the album, both in composition and instrumentation.  This would make a great song for a video.

And the last track (eight total) - we get "Stop Holding On".  Another stripped down song that eventually builds up in places, full of introspection, the track makes a fine ending statement on this release.

Eight songs feels a bit short for this release.  I would of loved to have heard a few more songs to make it feel more complete.  But, the statement within those eight songs is more than enough to tell the listener what Bleachbear is all about.

There are times when the band sounds a little like a solo act, though.  Like it's Tigerlily and the Bleachbears.  This makes sense as she wrote all the tunes.  But, I'd love to hear the band (and maybe they've already done this), all three of the ladies, sit down and write a tune or three together as a band.  Or, if Annabella or Emiko have any tunes they've written on their own, bring those to the band.  I think it would add to the cohesiveness of making the statement that "we are BLEACHBEAR" the band - hear us roar!  :)

Side notes:  the packaging of the CD is spot on.  Released in 2013 (or that's the copyright at least) in a digipack format, complete with lyrics.  I'm not sure what the trailer on the back has to do with anything - I'll have to ask the band about that.  I find it odd but so am I so it's okay.

Overall, this is a stunning release.  The more you listen to it, the more it unveils itself, the layers within the music and lyrics.  As it's playing again as I finish this review, it doesn't get old or redundant.  Do yourself a favor and download the album from their bandcamp page or buy the CD.  When they're headlining The Paramount in Seattle, you can thank me for turning you on to them today.

Have a fantastic weekend!
-Mark

Posted by Eclectic Arts at 6:18 PM