On this day when Sander (drums) announced he will be stepping down/going behind the scenes, which is sad for US fans (outside of those that saw the band at ProgPower in 2010) as Sander will step down before the Fall US Tour.  We here at Eclectic Arts wish you nothing but the best Sander and we welcome back Ruben Israel to the band.

We had the pleasure of interviewing Charlotte Wessels once again (this interview will be ready soon) on May 27th, 2014.  At the same time, we wanted to hear from the other co-founder of the band, who's interviews have somewhat diminished over the years.

Martijn speaks to Eclectic Arts about "The Human Contradiction" and the upcoming 2014 US Tour!

EA:  I'd like to start out with getting the record set straight:  why were you absent from the first few shows on the 2013 US tour?  And where was Sander (drums) the entire tour?

MW: I had to stay home for some family matters, but joined in as soon as I could. Besides that I had to set some processes in motion so we could finish our “THC album” in time for our tour schedule of this year. Sander had to stay home mainly for his family. When you play in a band like Delain you are away from your family a lot.  Like the second half of this year we have played over a 100 shows already.  So, for Sander this was one tour too many, but since we wanted to meet our fans in the U.S. we went anyway, and solved it. Also thanks to Ruben, who is a fantastic drummer.

MW: For us it was an eye opener. The crowd was amazing!  It didn’t feel like a support tour to us thanks to the crowd (and Kamelot for that matter. Great people!).

EA:  How is touring life different in the US vs Europe?  I've heard some bands state that the US treats bands like animals.  We’ll throw a couple of pizzas in the dressing room (and it's like one room for all the bands) and that’s it whereas in Europe you'll get separate dressing room, actual meals, etc.

MW: It's true that the circumstances in the U.S. are sometimes not as good as in Europe, however, the fans are the only thing that matters to us. So we accept the sometimes crappy circumstances with food and showers.  ;)

EA:  I did a phone interview with Charlotte very recently.  In doing research for her interview and yours, I noticed that she does the majority of the interviews it seems whereas in the earlier days of the band it could be you, her, or both doing interviews.  Did you make a conscious decision to step back from the interview arena and let Charlotte handle those duties?  If so, why?

MW: Its purely a time issue. Delain is getting so time consuming, it was not possible anymore to do both together. I could do the interviews together with Charlotte, but then making an album, planning a tour etc, etc, would take much longer, And that doesn’t make us happy, and I'm sure neither the fans ;-)  But once in a while I do them still (like right now for example)  ;) 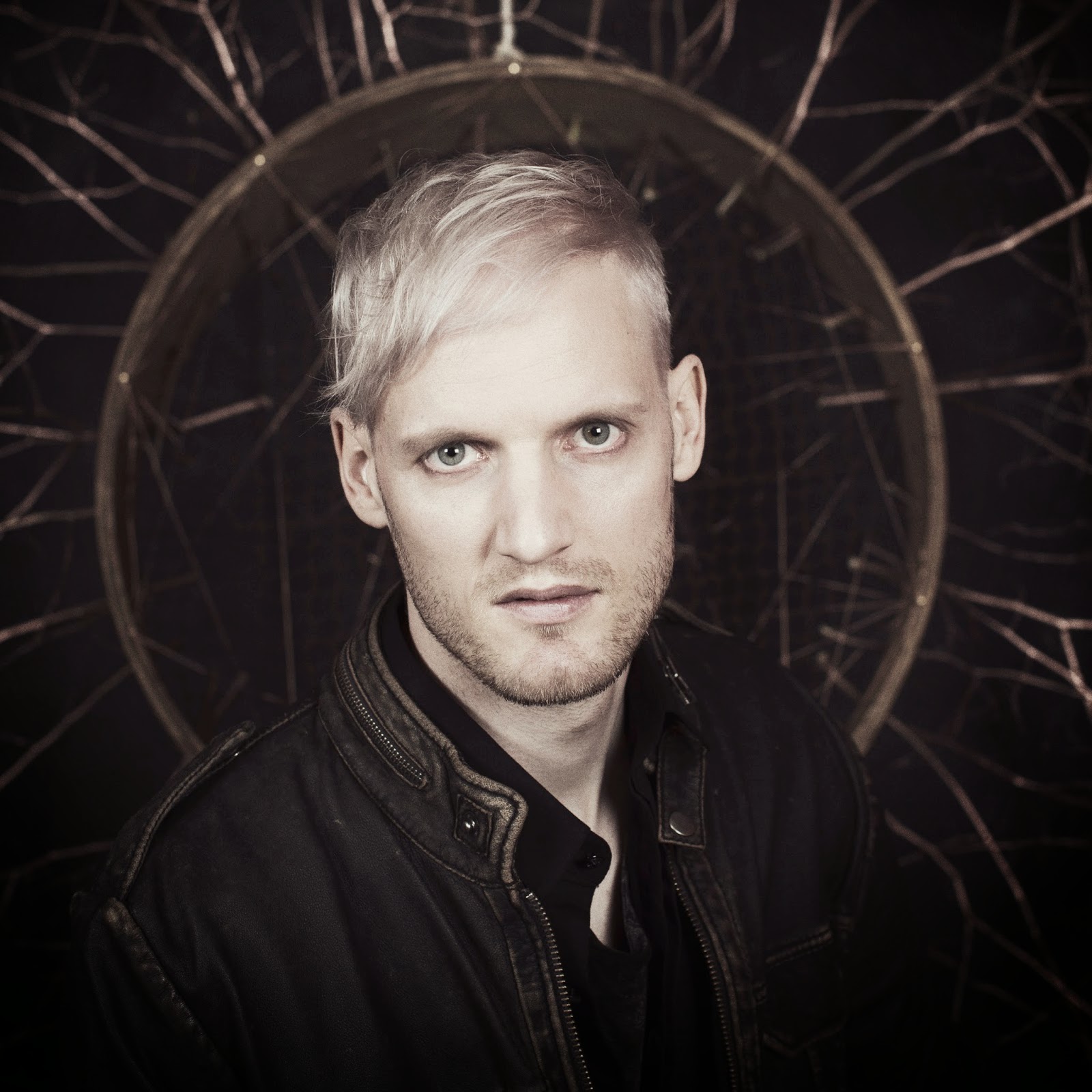 EA:  "The Human Contradiction" has been out for over a month now here in the US.  I know that the trio of Charlotte, Guus, and yourself wrote all of the songs on the new album.  How did this songwriting trio form?   Does it go back to the demo days or "Lucidity"?

MW: Yes it does. And the cooperation increased every since. Nowadays we do everything together, while in the past we did some things together. It’s an amazing cooperation. We always end up with stuff we love!

EA:  How much input does the rest of the band have on the songs?  Do they embellish parts you've already written or do they pretty much record the songs the way they were envisioned?

MW: They just play what we wrote but play it better.  ;-)   But we are always open to writing contribution, and this is slowly starting to develop. So perhaps with the new album this has changed.

EA:  It must have been nice this time around - having a stable supportive label in Napalm Records and not dealing with three different labels (label issues were abundant when 'We Are The Others" was released).  How did you decide to produce the record yourself?  It sounds amazing by the way!

MW: Thank you! Yes, it’s great to be able to focus on the music completely instead of having to focus on music politics.  ;-)   Napalm gave us “carte blanche” so to say. And the cooperation with them goes really well. I think it’s a very happy marriage. Our “product” fits them perfectly. Doing production myself went very naturaly since we did it with all albums except "WATO’s". Our cooperation with the producers team on that album went great, and we learned so much there, but for this album we choose to do it ourselves as before.

EA:  Do you have any formal training in audio work (engineering, producing) or did you pick it up by being in the studio?

MW: No I don’t. I just have my ears and my brains ;-) and learned stuff over the years. I know what I like, and I know specialists who can create that sound for us. The Fredman team did an amazing job with mixing our latest album. I think it’s the best mix we've had so far. 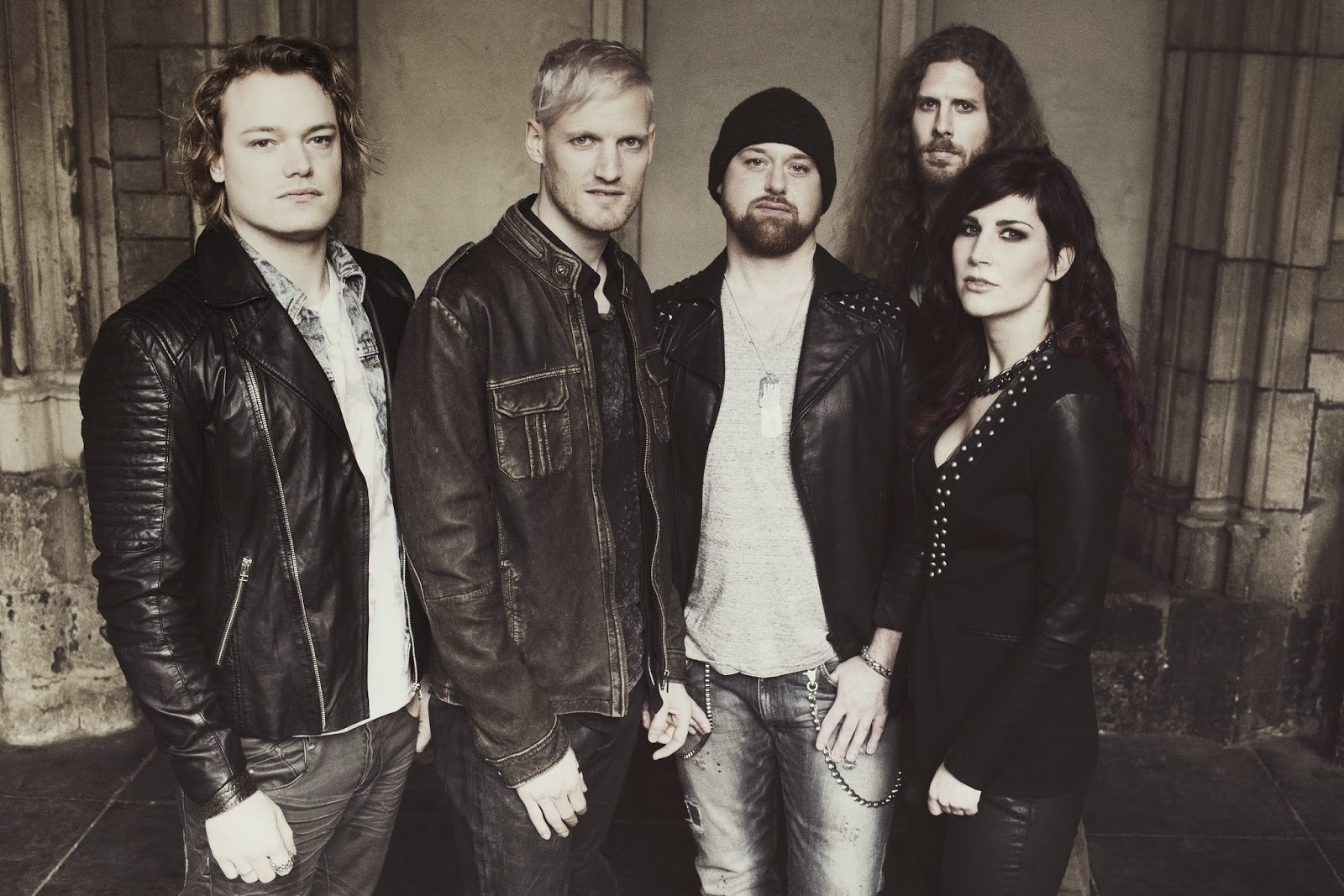 EA:  Fans of DELAIN know of your connection with Within Temptation.  Originally DELAIN was developed as a studio project that blossomed into a full-blown recording/touring band.  Had you not fallen ill and subsequently left the band, do you feel you would still be involved with Within Temptation now?

MW: There is simply now way to say.  I just don’t know since it didn’t happen.  I do know I have a great relationship with my brother and WT as a band. It was great to tour again with them in Europe.

EA:  Speaking of which, you recently completed a tour with Within Temptation.  How did the shows go?

MW: It went fantastic!  One of the most fun tours I ever did. And one of the most successful. It felt like our own crowd instead of a “support” crowd, where you have to win over the people. We felt so much support from the fans. It was great!

EA:  What do you feel separates DELAIN from any other band?  What makes DELAIN unique?

MW: Our mix between poppy and metal elements, the voice of Charlotte, and our attitude on stage. No angry metal faces ;-)

EA:  DELAIN returns to the US in the early Fall as special guests of SONATA ARCTICA.  I understand you've toured with them before.  What can US fans expect from the upcoming tour?

MW: We did a 5 week European tour with them before. This was great. Very nice people. And we are honoured they asked us on their U.S. tour again. People can expect a positive vibe. We are very much looking forward to tour with them again!

EA:  You also have two headlining US shows coming up as well.  Aside from a longer set list, is there anything special (song wise or stage wise) planned for those two shows?

MW: We are still thinking about what to do here (except indeed a much longer setlist).   ;)  We are thinking of some special elements in the show, but that has to be a surprise ;)

EA:  What are some of your favorite songs off "The Human Contradiction"?  Both just as songs and to play live?

MW: "Sing To Me" is one of my fav songs both on the album, as to play live. The orchestra result worked out better than I expected, and it’s always great to have Marko on a track!

EA:  I asked Charlotte this question and I'm curious what your answer is as well.  What songs, if any, are you tired of playing live?

MW:  No one actually. If the crowd enjoy themselves, we enjoy ourselves too. As simple as that!

MW: We are not sure what we are going to do after the U.S. tour. Because far more shows then expected have been booked, we need to reserve time to work on our next album.

EA:  Martijn thank you for taking the time to do this interview.  We here in the US are stoked about your return to these shores.  And I will be at the Seattle, WA show at El Corazon for sure!  Any last words for your US fans? 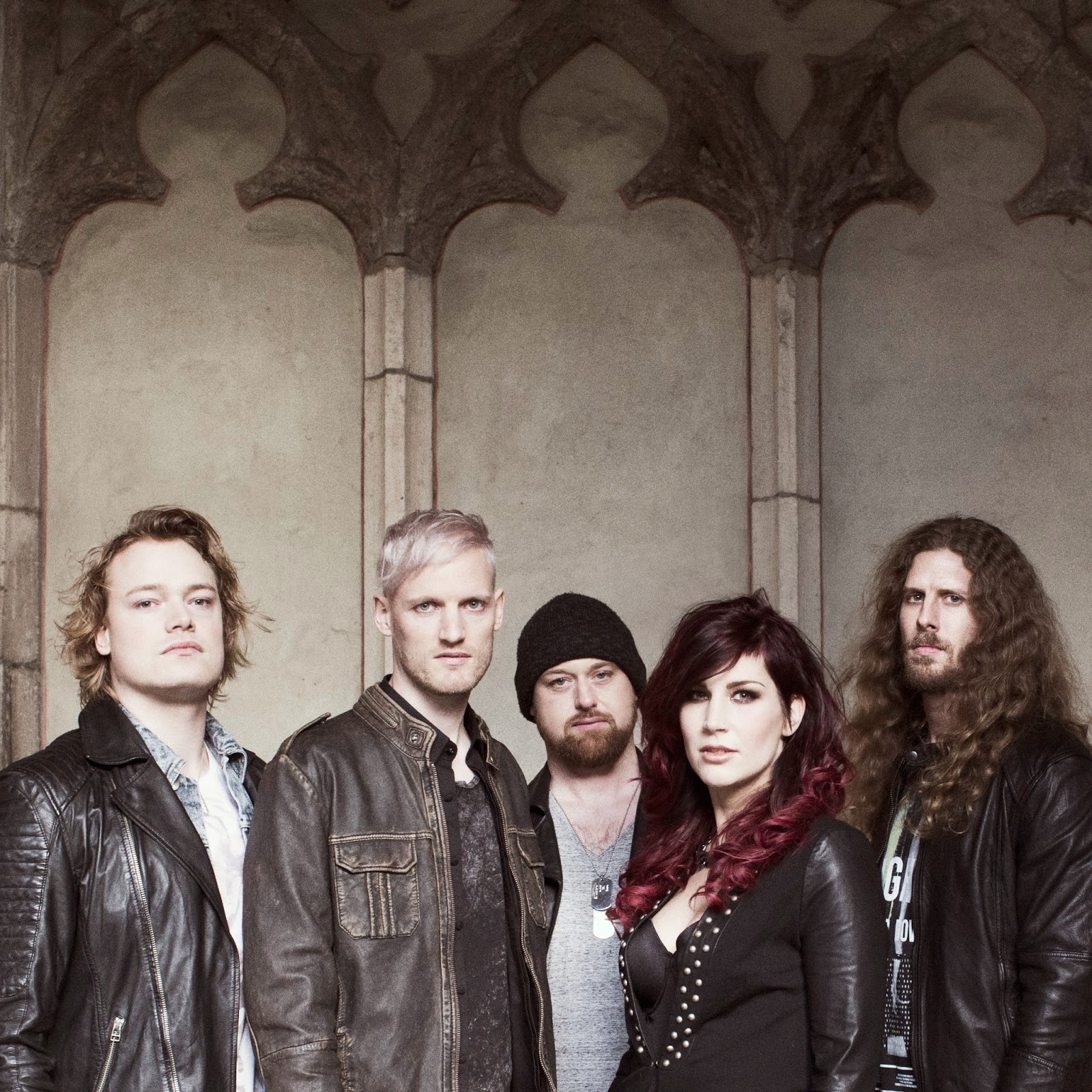 Posted by Eclectic Arts at 6:14 PM