Rating: 2 / 5
AMC+ and RLJE Films will release SILENT NIGHT in Theaters and streaming exclusively on AMC+ on December 3, 2021. 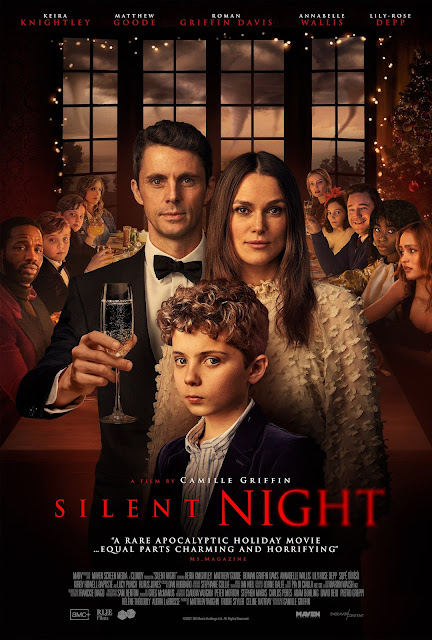 The new film “Silent Night” is a holiday film wrapped up in, well, something else (no spoilers here).


The film starts off like what you might expect. A family gathering for the Christmas holiday in England. The usual family drama that comes with such events is explored. All status quo here.


Then the film takes a decidedly different turn. Again without spoiling things let’s just say the turn made didn’t improve the film much.


When entering certain genres, it is imperative that the creatives go all in, so to speak. No half measures otherwise it comes off as such. Being a long time fan and now a film critic of one of these genres, the film just flat out missed the mark.
Perhaps you'll feel differently after viewing "Silent Night".