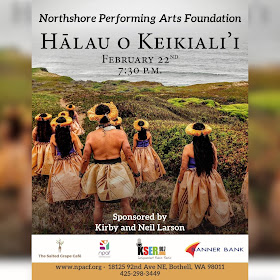 Kumu Hula (master teacher) Kawika Keikiali’i Alfiche brought his company to the Northshore Performing Arts Center on Saturday evening to a near capacity crowd. Noted as “Hula Through Time” the show was divided into two different acts - the first broken down into five distinct historical pieces depicting the dances of the ancestors of Hawaii - Hula Kahiko. The second act featured the more familiar modern dance - Hula ‘Auana.

The dancing in the first act was not only entertaining but very educational. Introductory information was spoken over the PA before each piece to give the audience a better sense of what the ancient ways were about. I found this to be incredibly useful as it helped shape what I was about to see beforehand. Education and knowledge is always a good thing in my book and the first act really delivered in this area.

The offerings during the first act were tributes to the history of Hawaii before the monarchy was overthrown. It's rather sad that this narrative is something we are still dealing with in 2020 in different parts of the world.

The dancers were both men and women as well as three children. Their movements, routines, and costumes were all professional in every aspect. There was a sense of ceremony, respect, and reverence during all of the numbers during the first act.

After a brief intermission, the second act started with a more updated look and feel. There were many songs performed by either one, two, three, or four people while the dancers kept the hula through time theme going. Kumu Hula Kawika also spoke much more openly during the second act, using his sense of humor to set up each piece wonderfully. The air in the venue definitely became lighter and more upbeat during the second act.

At one point, Kumu Hula Kawika invited audience members up on stage to dance while his dancers were literally in the aisles of the venue dancing. A good dozen audience members got up there and danced quite well. A few looked like they either were local students themselves or possibly teachers.

The loud applause at the end of the show warranted an encore. One more song was presented and then the entire group exited to the lobby to meet the patrons after the show.

The show was extremely well done. It was entertaining, educational, and fun. A great combination. It was also wonderful seeing so many people of color come out to support the show. A satisfying evening for all involved.

Thank you: John at the NPAF and Kumu Hula Kawika - thank you for the opportunity! 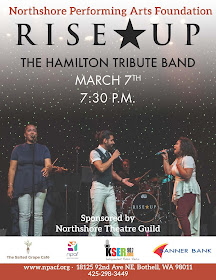 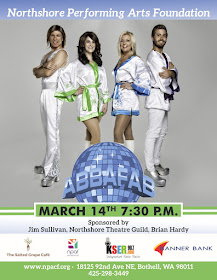